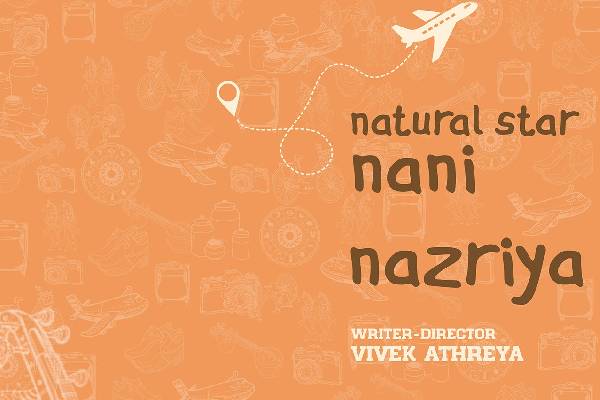 Natural Star Nani is the only Tollywood actor who is delivering 3-4 films every year. The actor is busy with the shoot of Tuck Jagadish and he will commence the shoot of Shyam Singha Roy from December. The next film of Nani has been announced today and it will be directed by Brochevarevarura fame Vivek Athreya. Touted to be a romantic comedy, the film features Nazriya Fahadh as the leading lady. The makers announced that the title of the film will be announced on November 21st. Mythri Movie Makers will produce this film which will commence shoot during the first half of 2021. More details about the actors and technicians will be announced soon.m