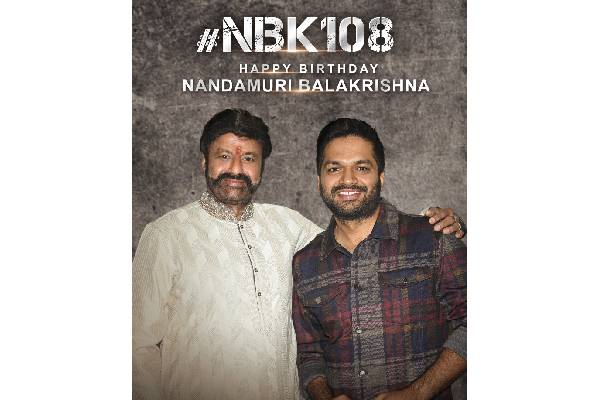 The crazy film in the crazy combination is finally happening. Director Anil Ravipudi will next be directing Nandamuri Balakrishna in the tentatively titled movie NBK108. On the special occasion of Balakrishna’s birthday, the film’s official announcement has been made today.

Anil Ravipudi who already narrated the story went to meet Balakrishna to wish him on his birthday. The director who completed double hat-tricks will be making NBK108 as a powerful mass and action entertainer loaded with all the commercial ingredients. The makers will later divulge other details of the project.

On the other hand, Balakrishna is presently shooting for his untitled movie NBK107 being helmed by Gopichand Malineni. NBK108 starts rolling, after Balakrishna wraps up NBK107.