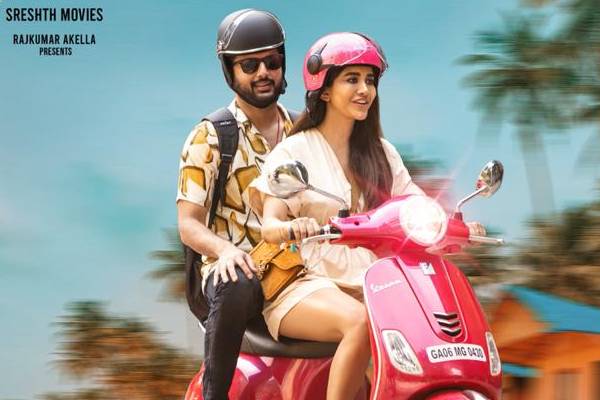 Nithiin is romancing Nabha Natesh in an upcoming crime thriller Maestro which is in last leg of shooting. The makers wishing everyone Happy Sri Rama Navami, a new poster has been revealed. As we can see, Nithiin and Nabha Natesh can be seen enjoying bike ride.

Dressed in a vibrant outfit, Nithiin looks charming despite wearing shades, while Nabha looks glamorous in a trendy costume. Apparently, the picture is from a romantic song in the film.