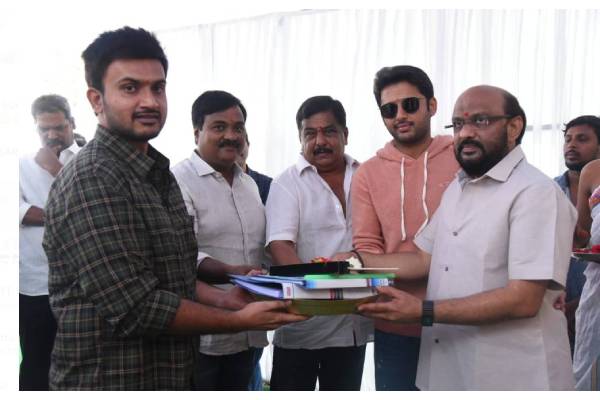 Nithin who is enjoying the success of Bheeshma is on signing spree. He is already doing couple of films and is all set to begin another film. He will be starring in Andhadhun remake. The opening of the film to be directed by Merlapaka Gandhi is held today.

The makers have also announced to start the regular shoot from June.