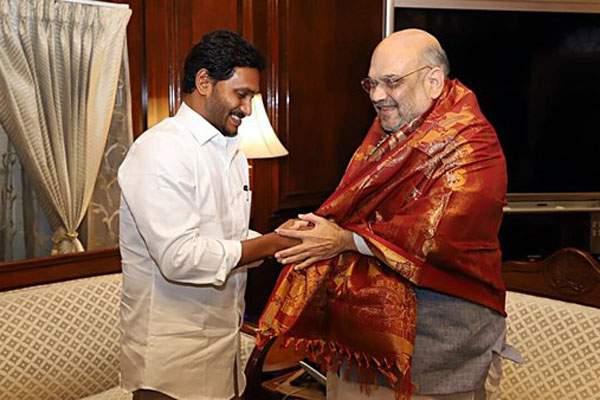 Like many other issues of AP, the State Legislative Council abolition resolution is also pending before the Union Cabinet. Many days are over since AP Assembly passed this resolution and duly sent it for Modi Cabinet approval. But there is no positive response from the Centre. YCP MPs including Vijayasai Reddy have failed to convince the Modi Circar. Now, CM Jaganmohan Reddy has himself strongly taken up this issue with Modi who suggested him to meet Amit Shah. Last night, Jagan met with Shah and talked for half an hour. Later, he decided to stay for the night to meet some more Union Ministers today.

The main plea of Jagan right now is instructions from Modi-Shah to the Union Law Ministry to start the process of abolishing AP Council. Only this will eventually help in his plan to shift Capital to Vizag. Has Shah not given his approval for this straightaway? Speculation is that just like Modi, Shah would have asked Jagan to take up this issue with ministers concerned. Now, AP CM is forced to lobby personally for his government’s resolutions and bills in Delhi power corridors.

After meet with Shah, neither Jagan nor Vijayasai Reddy spoke to the media on the outcome. No doubt, there is no clarity yet on the Centre’s support to 3 Capitals.