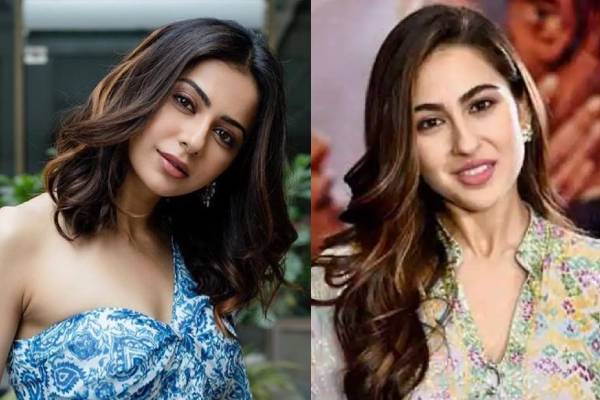 The other day, national media speculated that actress Rhea Chakraborty admitted the names of Rakul Preet Singh and Sara Ali Khan consuming drugs along with her and Sushant Singh Rajput during their parties. The news also told that the list of 25 Bollywood celebrities taking drugs is ready and the NCB officials kept a track on these celebrities. Soon, the NCB officials told that nothing of such sorts happened. The agency’s director KPS Malhotra dismissed the reports.

Several celebrities and fans reacted to the same. #SorryRakul and #SorrySara hashtags kept trending after several people expressed their opinion on the incident along with apologies. Some of them are trending on Twitter. KPS Malhotra said “There is no Bollywood list prepared. We are focused on drug traffickers and peddlers. There are no names zeroed as of now”. Rhea Chakraborty is in the 14-day judicial custody of NCB along with her brother Showik Chakraborty and four others.