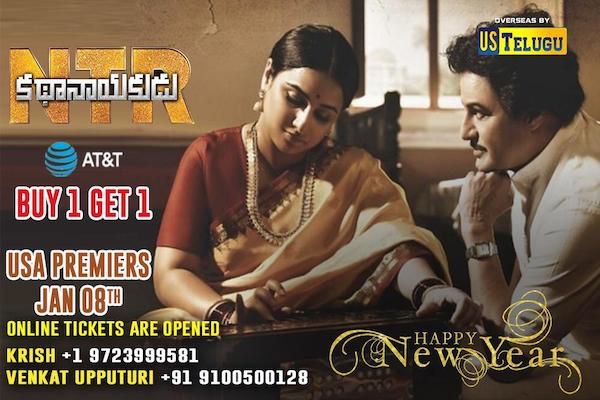 It’s going to be the celebration of a whirlpool of talent on the big screen on January 9th as Kathanayakudu, a biopic of legendary actor Nandamuri Taraka Rama Rao hits the screens across the world.

Chronicling the journey of a man whose life off-screen was as dramatic as his life onscreen, the film is directed by renowned filmmaker Krish Jagarlamudi and has Nandamuri Balakrishna bringing his actor-politician father’s celebrated existence to life. Interestingly, this is just the first of two films that will showcase the actor’s life before and after his plunge into politics.

NTR is known to the Telugu people not just as a hero who gave mythological characters immense charisma on screen but also as the revered politician who defined Telugu pride and brought them away from the stereotypical “Madrasi” tag. And so, a film on him has surely been one that has attracted a great deal of interest right from the time it was announced.

Further, with passing time and some interesting casting choices being made – Rana playing Chandrababu Naidu Nara and Vidya Balan roped in to play Basavatarakam, amongst several other well-known actors playing key roles as well-known personalities – the buzz has heightened.

And now, as the first of the two films inches closer to release, leading distributors of Indian cinema overseas, US Telugu is going all out to give it a grand release for the audiences in the States.

The premieres that are going to take place on January 8th are already registering phenomenal collections ever since the online bookings have been opened.

Offers like the ‘AT&T Buy 1, Get 1’ are only proving to be a bait to the hungry audiences! After all, this is one rare experience to witness the life and times of one of Telugu cinema’s most revered actors. Catch the movie in your nearest screens this weekend.

Patrons don’t need to wait until Tuesday to use the AT&T Buy 1 Get 1 Free offer. You can book now for Jan 8th premiers using the AT&T ThanksApp.

Also you can use www.atomtickets.com to get 50% off on your first ticket using coupon code GIFTY50 in all Atom eligible theaters until the offer lasts.

US Telugu is happy to share that we were able to secure almost 40+ XD screens across USA to provide the best theater experience on watching the Telugu Legend life history on big screen.

Have any questions/Need further info, please reach us: 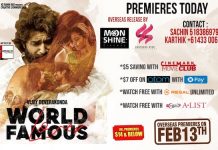 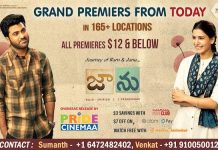 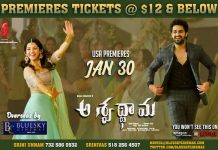