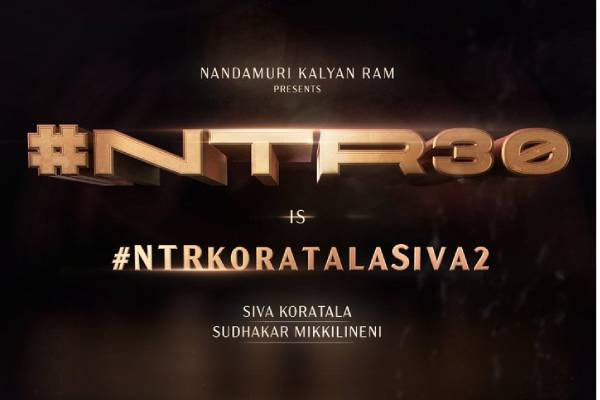 Nandamuri fans are left puzzled after there are lot of speculations going on about the 30th film of NTR. The official announcement about the project came last year and Trivikram is on board as the director. In a sudden move, Trivikram is out of the project and Koratala Siva came on to the board to direct the film. Trivikram who is in waiting mode for a year and a half will direct Mahesh Babu in his next film. The official announcement about NTR and Koratala Siva’s film is made today.

Telugu360 was the first to break the news after the talks are initiated between Tarak and Koratala. Mikkilineni Sudhakar will bankroll this project on Yuva Sudha Arts banner in association with NTR Arts banner. NTR as of now is busy with the shoot of RRR and Koratala Siva is directing Megastar Chiranjeevi’s Acharya. This is the second time NTR and Koratala Siva are teaming up after Janatha Garage. The film will hit the screens on April 29th 2022 in theatres.