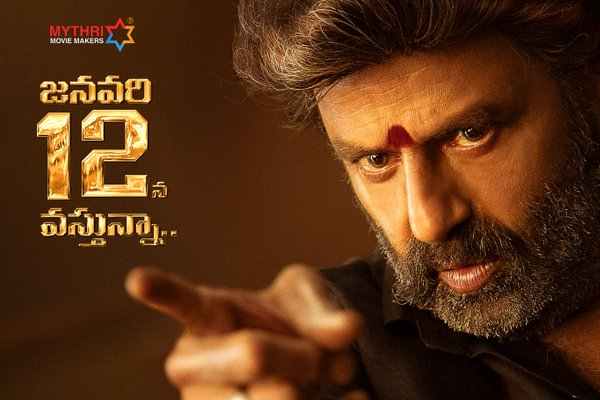 Nandamuri Balakrishna delivered a massive hit with Akhanda exactly a year ago. The actor is almost done with the shoot of Veera Simha Reddy and the film is announced for Sankranthi 2023 release. The makers today made an official announcement that Veera Simha Reddy will hit the screens on January 12th, 2023. Veera Simha Reddy is expected to clash with Vijay’s bilingual Varisu. Veera Simha Reddy is a mass entertainer directed by Gopichand Malineni. Shruti Haasan, Varalaxmi Sarathkumar and Duniya Vijay will be seen playing other important roles.

Mythri Movie Makers are the producers and Thaman is the music composer. The shooting portions of Veera Simha Reddy are expected to be completed by the mid of this month. Megastar Chiranjeevi’s upcoming movie Waltair Veerayya too is heading for Sankranthi 2023 release and the film releases on January 13th, 2023. An official announcement is awaited and Mythri Movie Makers are the producers.