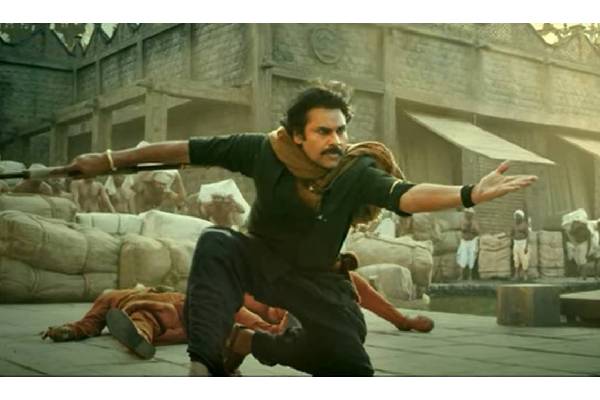 The interests have been mounting up and new sets are constructed for the film. Leaving the real reasons behind the delay, the unwanted expenses and the interests costed a bomb for AM Rathnam. The shoot has been canceled several times after the schedules are planned. The dates of several actors are wasted. A lavish set constructed in Aluminium Factory got damaged due to the rains last year and it has to be reconstructed. Pawan Kalyan has to shoot for 50 more days to complete the shoot and he has been allocating 10 days per month for the film. As per the new update, Pawan is expected to resume the shoot of the film from June 12th.

There are other projects lined up for Pawan and the makers are worried if Pawan would leave Hari Hara Veera Mallu and move on to his next film like he did for Bheemla Nayak. AM Rathnam is left worried and he is waiting with patience to wrap up the shoot and release the film soon. Hari Hara Veera Mallu may hit the screens in January 2023. Krish is the director and Nidhhi Agerwal is the leading lady in this periodic drama set in the 17th century.