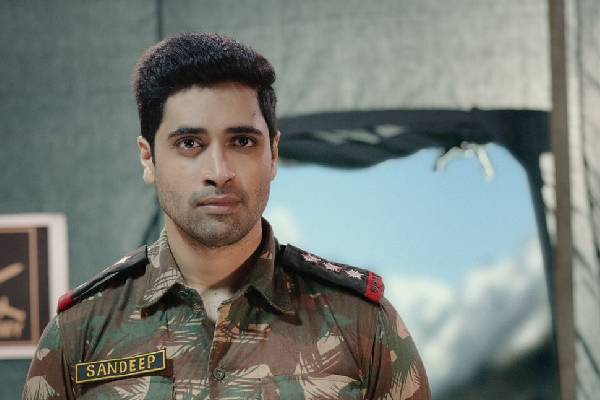 Adivi Sesh’s Major, which is the biopic of NSG Commando Major Sandeep Unnikrishnan who was martyred in action during the November 2008 Mumbai attacks, is definitely one of the most awaited movies. In the meantime, the film’s censor is completed and the officials bestowed it with U/A certificate.

We heard that, Major received positive feedback from censor officials. The sleuths are said to have spoken highly about the content, performances and making of the movie. Besides saluting the team, they also gave standing ovation.

Major shows all the aspects in the life of Major Sandeep Unnikrishnan who was also a typical youngster who was in love during his school days. The 26/11 attacks are shown in most convincing way, wherein the emotions in second half will be heart wrenching. The film’s runtime is locked for a perfect length of 2 hours 29 minutes.

The film directed by Sashi Kiran Tikka will be releasing worldwide on June 3rd.