After floating his own political party, Pawan Kalyan decided to stay away from films. But he took several advances and he had to honor them in this while. AM Rathnam is one producer who is said to have paid a huge advance of Rs 5 crores even during his struggling days. The veteran producer has no films in Telugu and Tamil currently. He pinned all his hopes on Pawan Kalyan’s project and the actor too made his mind to work with Rathnam.

After Pawan Kalyan was impressed with the script narrated by Krish, he asked AM Rathnam to bankroll the project. The budget of the film is said to be Rs 100 crores excluding Pawan’s remuneration. The veteran producer who is in financial crisis requested Pawan to share the profits instead of taking huge remuneration that he is taking for other projects. Pawan Kalyan without second thought agreed to share the profits without turning a burden for the film. A clarity on the profits will be known only after the film’s release.

Krish is in plans to complete the shoot in quick schedules and release the film during the second half of this year. AM Rathnam will now have a chance to earn good if the film mints money at the box-office. The film is also aimed for a pan Indian release. 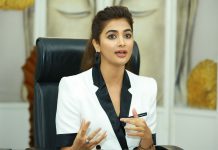