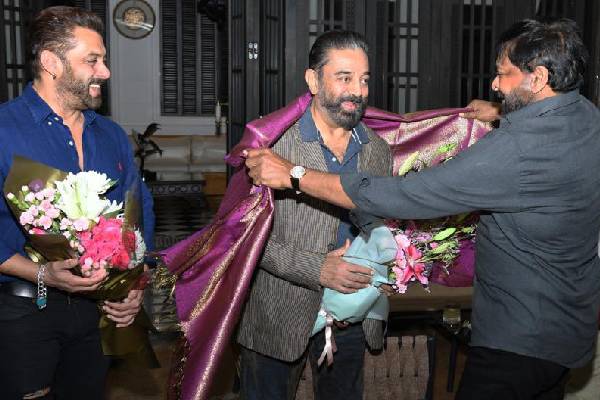 South Indian Superstar Kamal Haasan is back with a bang with Vikram. The film is declared as a super hit and Kamal Haasan is in Hyderabad for the success meet of the film. Megastar Chiranjeevi felicitated the veteran actor in his residence last night. Bollywood Superstar Salman Khan who is shooting for his upcoming film in the city too joined the party. Chiranjeevi posted the glimpses of their get-together on his official twitter page. Vikram director Lokesh Kanagaraj too was present for the bash.

Vikram is performing well in its second week in the Telugu states despite several new releases in this week. In Tamil Nadu, Vikram has done exceptional business and is going strong. Chiranjeevi returned back from his US vacation recently and he will resume the shoot of Bhola Shankar this month. He also has God Father and Waltair Veerayya lined up.