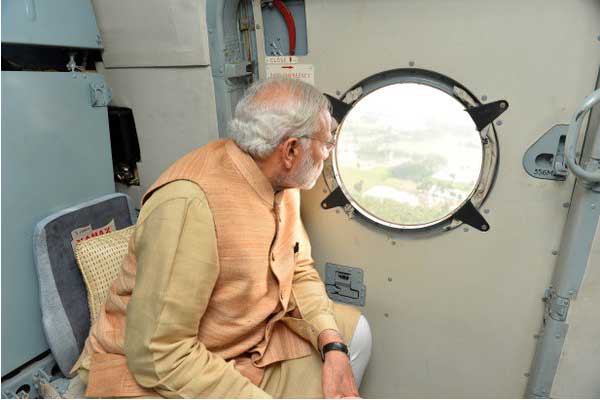 The Prime Minister Narendra Modi visited Chennai today to take stock of the situation arising due to the devastating floods. The Prime Minister undertook the aerial survey of the flood affected areas of Chennai, Kanchipuram and Tiruvallur districts in Tamil Nadu. He discussed the situation with Chief Minister of Tamil Nadu, Ms. Jayalalithaa. Later the Prime Minister said, “I have seen the damage and misery caused by the extremely heavy rainfall. The Government of India stands by the people of Tamil Nadu in their hour of need. I have directed that Rs. 1000 crores be released immediately by Government of India to Tamil Nadu for immediate relief. This is over and above Rs. 940 crores which was released earlier.”