Young Rebelstar Prabhas is occupied with the shoot of his 20th film that is directed by Radha Krishna Kumar. The film is expected to release next year. Meanwhile, the 21st film of Prabhas is announced today. Mahanati fame Nag Ashwin will direct the film and Vyjayanthi Movies will bankroll this prestigious project. The genre and other details about the project will be announced officially soon. C Ashwini Dutt who produced several classics of Telugu cinema announced this interesting collaboration on Vyjayanthi Movies completing 50 years. 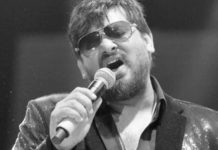 Bollywood top composer passed away due to coronavirus