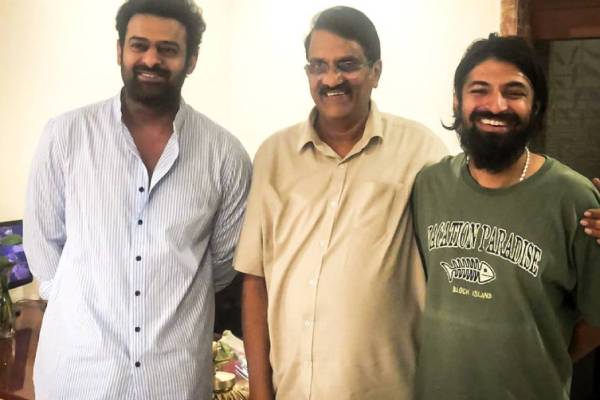 ‘Industry Hit’ was the target for every Telugu filmmaker before the release of Baahubali. After its release, everyone targetted non-Baahubali records but no one aimed at reaching Baahubali records. National award-winning filmmaker Nag Ashwin is now targeting Baahubali with his next film that features Prabhas in the lead role. An official announcement about the project was made yesterday. Telugu360 collected some exclusive information about the project.

The film is said to be a periodic film tipped with a folk backdrop. Nag Ashwin is said to have been inspired by yesteryear classics like ‘Pathala Bhairavi’ and penned an interesting script. It all started after the release of Mahanati and he developed the script considering Megastar Chiranjeevi in the lead role. After the script attained a good shape, Ashwin felt that Prabhas would be the perfect fit for the film and he approached Prabhas. The top actor gave a positive nod on the spot and asked him to work on the full draft.

Ashwini Dutt is said to collaborate with a top Bollywood production house to execute the project. The estimated budget of this film is said to be Rs 200 crores. The film is said to be a package of several surprises and Nag Ashwin will make sure that the audience will have a visual feast. The other cast, crew members are currently finalized and the regular shoot of the film commences from December this year. Vyjayanthi Movies is in plans to reveal the surprises one by one soon.