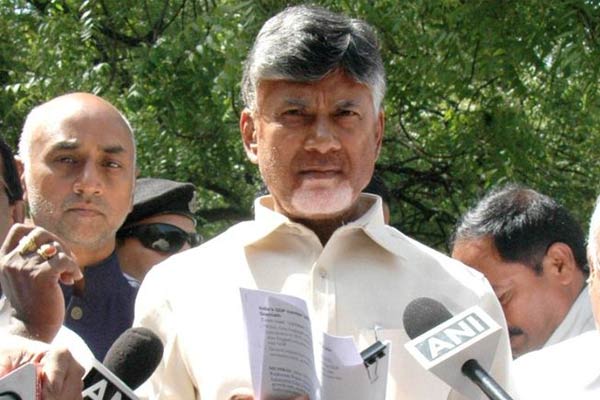 Ever since the elections, The TDP supremo is on the warpath. He has launched a sort of a battle on the Election Commission of India(ECI). Even as his critics call it desperation due to the fear of imminent defeat, Chandrababu Naidu seems to be on no path of return.

His anger over the manner in which the ECI has been conducting itself is certainly justifiable given the storm of suspicion, criticism surrounding the functioning of an otherwise Constitutionally autonomous body.

The ECI was clearly found wanting on ensuring the polls uninterruptedly. Despite several phases of voting, the ECI failed to ensure that the EVMs do not report malfunctioning on the poll day. One can understand the problems in few EVMs given the character of the complex technology involved. But, the large number of EVMs developing technical snags in Andhra Pradesh is a point to ponder. This forced the authorities to allow voting later into the midnight, something un-precedent and unheard of. Despite two decades of experience, why technically fool proof EVMs could not be ensured? Why should the EVMs still develop such teething troubles?

Adding further confusion, there is a significant difference in the number of EVMs that developed malfunctioning reported by the ECI and claimed by Andhra Pradesh Chief Minister. The reports emanating from the ground do not inspire confidence in the claims of ECI though the TDP claims may be over exaggerated.

The ECI has been failing in its duty to ensure free and fair elections as it could not even provide sanitised electoral rolls. In the age of information technology, preparation of electoral rolls without mistakes, duplication, etc is not a herculean task. A country that can develop an Intercontinental Ballistic Missile and an anti-satellite weapon, failure of the ECI to prepare electoral rolls without any mistakes in incomprehensible. The Chief Electoral officer’s (CEO) admitted that they have asked for more central forces but have not received them and the reasons he said he was not aware. Why did the ECI fail to send an adequate number of central forces as the elections are held in the first phase itself and the state is witnessing simultaneous polls for Loksabha and Assembly?

The CEO of Telangana tried to absolve himself from faulty electoral rolls by stating simply sorry that too after the elections. Such a blatant denial of people’s right to vote is certainly unpardonable. Given the thin margins of victory, large scale missing of voters has the potential to tilt the mandate.

The adamancy being displayed by the ECI on the request of over 20 political parties to order a count of 50 per cent of VVPAT machines has further eroded the credibility and partiality of ECI. It may be recalled here that ECI has not suo motto initiated the Confidence Building measures like attaching VVPAT machines. The Supreme Court made it do so. It is surprising that ECI took a hard stand on the question of counting the VVPAT machines. It stood firm on its stand to count only one polling booth in an assembly constituency by random method. The apex court has ordered the ECI to count five such machines in a constituency. The reasons cited by the ECI for its refusal to count more VVPAT machines are flimsy. The ECI said that the counting process will take another week. What’s wrong when the people of Andhra Pradesh are already waiting for over six weeks for their votes to be counted due to multiphase voting. They can still wait for a week more. The Counting of VVPAT machines will only need limited resources. Such a count would clear the doubts over the efficacy of EVMs and more so it would clarify on the possibility of tampering of EVM. Nothing else can be more important than ensuring the people’s confidence in the democratic electoral process.

Meanwhile, some acts of EC have raised questions over the political impartiality of the institution itself. The ECI delayed the announcement of poll schedule in three Hindi states to enable Modi to complete his rally in Rajasthan. Similarly, the Gujarat poll schedule was also delayed to give sufficient time for the ruling BJP. The ECI failed to act even when Modi and Amit Shah violated the commission’s guidelines not to invoke the army in the campaigning. Despite the ECI orders, Modi continues to seek votes in the name of Pulwama martyrs and Balakot heroes. Thus ECI remains a spectator. The Commission acted only after the apex court pulled it up. But, the action was limited to Yogi Adityanath, NaMO TV and Modi biopic.

All these questions over the ECI are perfectly justified. Naidu has a grievance over the transfer of even the Chief Secretary and the Intelligence chief. This can also be understandable. But, Naidu’s crusade did not end here. He went on to attack the ECI officials. He expressed doubts over the EVMs to the extent of claiming that his vote was wrongly registered. How is it possible that he could notice wrong registration of his vote. No voter has complained so. Naidu has not raised any objection on EVMs in 2014 when he won the polls. Despite being an active partner in both NDA-1 and NDA-2 governments, Naidu did precious little to return to the ballot. In fact, Vajpayee government was surviving on the support of Naidu. Naidu has been questioning the powers of ECI. A simple reading of the Constitution will tell that ECI is certainly powerful during the elections.

Such unrelenting crusade that crossed even established standards will only defeat the very purpose of the struggle to protect the autonomy of the constitutional body and ensure the impartiality and transparency of EVMs.