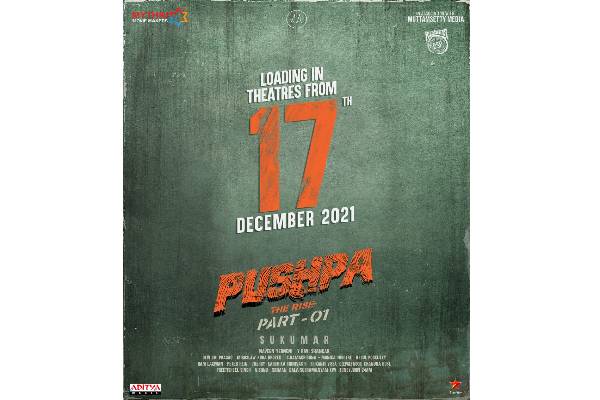 After much contemplation, the makers of Pushpa: The Rise have decided to lock the Christmas release slot for the Allu Arjun starrer. They have announced that the film will be releasing in theatres on the 17th of December.

Despite the delay in shoot as a result of Covid second wave, Pushpa: The Rise has stuck to the Christmas release plan. A new poster of the film was also unveiled to publicize the release date.

The filming part is close to completion and the promotions will commence very soon. Pushpa: The Rise will be one of the first pan-India films to hit the silver screens.

The Sukumar directorial is billed to be a full-on action thriller and it has Allu Arjun, Rashmika Mandanna, and Fahadh Faasil in the lead roles. It is locked for Christmas release.