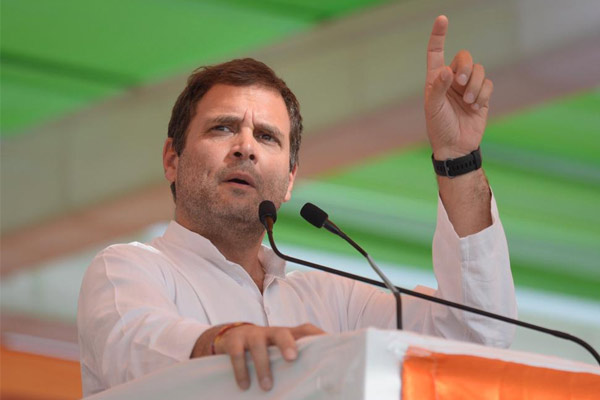 Is Congress leader Rahul Gandhi planning to visit Visakhapatnam soon? Is he trying to meet the employees unions opposing the privatisation of the Vizag Steel Plant? Congress sources say that Rahul indeed is going to visit Vizag soon to take up this issue.

Interestingly, the project was set up due to the efforts of the then prime minister and Rahul Gandhi’s grandmother Indira Gandhi. The project works were inaugurated in 1971 and the works began in the 1980s and the production began from the 1990s. The setting up of the project is because of the Congress Party’s efforts. So, Rahul has an emotional connection with the project. Now that Modi is hell-bent on privatising the project, Rahul Gandhi wants to use this emotional connect to fight the BJP and raise the issue of VSP privatisation.

Congress sources say that he would use Vizag as a forum to launch an anti-Modi tirade. He is likely to express his solidarity with the striking employees union. He is also likely to invoke grand-mother Indira Gandhi and recall her connection with the Telugu people. In fact, she had contested and won from Medak in the then undivided Andhra Pradesh. Rahul wants to recall these memories to attack Modi.