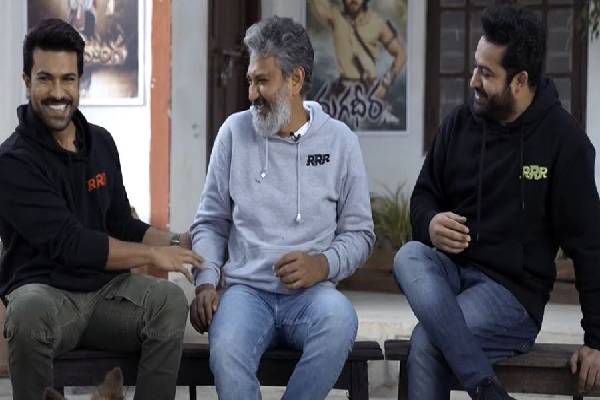 The team of RRR resumed the promotions of the film from Monday. The team will interact with the media and will celebrate pre-release events in various cities in the next one week. Rajamouli, NTR and Ram Charan will visit 9 cities in the next 7 days to promote the film. From Hyderabad, the team will fly to Dubai and then to Bengaluru, Baroda, Delhi, Amritsar, Jaipur, Kolkata and Varanasi. The entire promotional program will be wrapped up by March 23rd.

The film is gearing up for release on March 25th in Hindi, Telugu, Tamil, Kannada and Malayalam languages. NTR, Ram Charan, Alia Bhatt, Olivia Morris, Ajay Devgn, Shriya Saran and Samuthirakani are the lead actors in RRR. The film is made on a budget of over Rs 450 crores. RRR is carrying huge expectations and is expected to open with a bang.