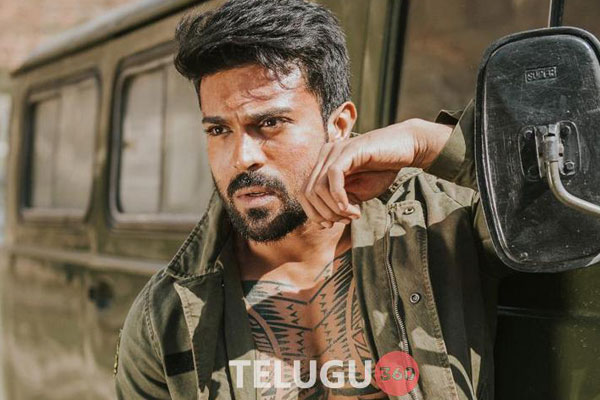 Mega Powerstar Ram Charan after a non-Baahubali hit like Rangasthalam tested his luck with Vinaya Vidheya Rama which bombed badly at the box-office. The actor for the first time post release responded about the film. He explained about the efforts of the technicians and thanked his fans for the unconditional support.

He also called it unfortunate as the film failed to meet the expectations of the audience. Ram Charan thanked all his distributors, exhibitors who backed Vinaya Vidheya Rama. He had a special mention for his producer DVV Danayya saying that no words are enough to describe about his work and support. Charan proved that he is a true gentleman with the letter thanking everyone.

Vinaya Vidheya Rama is directed by Boyapati Sreenu and produced by DVV Danayya. Charan is busy with SS Rajamouli’s RRR which also features NTR in the other lead role. The film is slated for summer 2020 release. 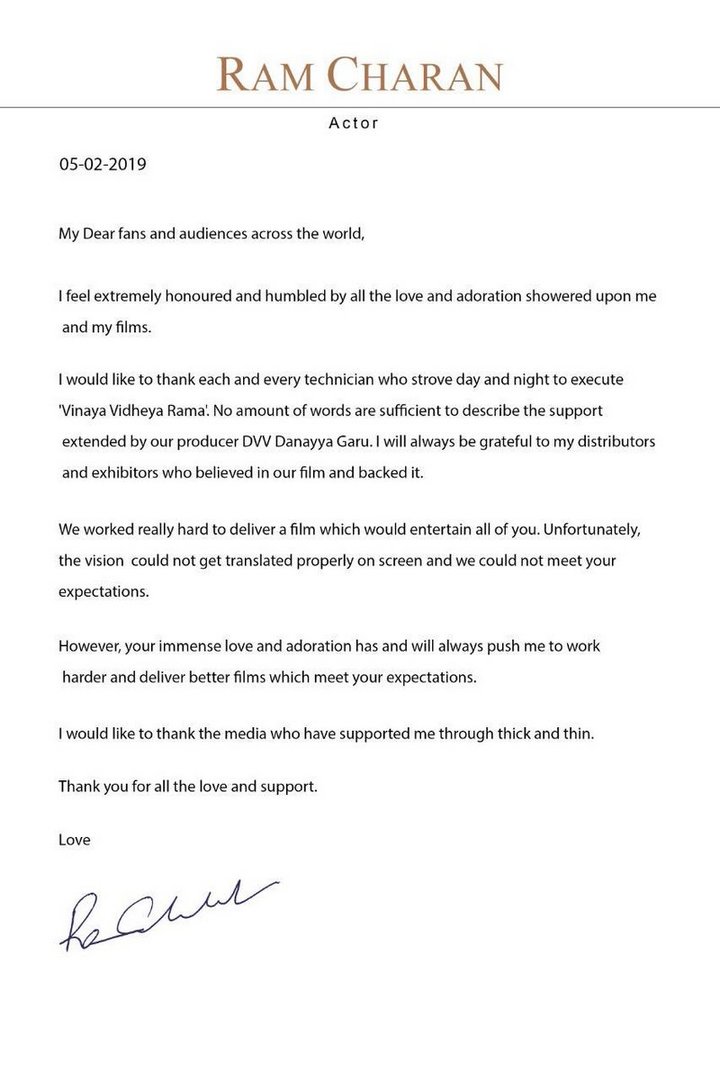