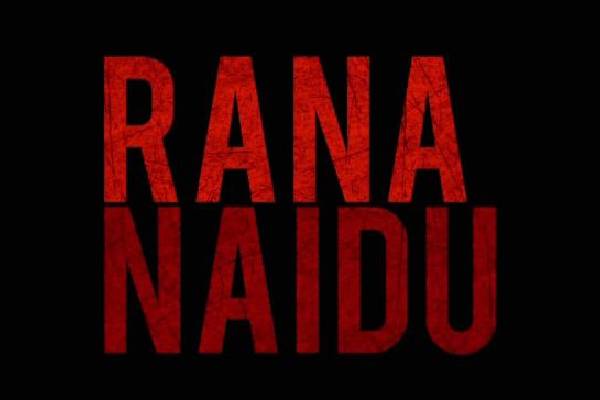 Victory Venkatesh and his nephew Rana Daggubati are teaming up for the first time for a Netflix original Rana Naidu. The glimpse from Rana Naidu is out and it looks quite intriguing and interesting. Rana plays the role of an angry youngster who fixes the problems of celebrities. ‘Fixer for the Stars’ is his character in Rana Naidu. For this angry youngster, there is one man who can control Rana. Venkatesh is the one and his look and body language will leave everyone in surprise. The scenes between Venky and Rana are the expected highlights of Rana Naidu.

The last scene in which Rana points the gun towards Venkatesh will leave the audience in goosebumps. Netflix is yet to announce the streaming date of Rana Naidu. Surveen Chawla, Sushant Singh, Ashish Vidyarthi and Zessica Harison played other important roles in Rana Naidu. Karan Anshuman directed this interesting thriller that is shot completely in Mumbai and Hyderabad.

It’s time for the ultimate Daggubati VS. Daggubati! 😎
But this is not your everyday family drama. Watch this uncle-nephew duo go head-to-head in #RanaNaidu, ARRIVING SOON! 🕺🏻💃🏻#Tudum pic.twitter.com/w9kfNF2c09