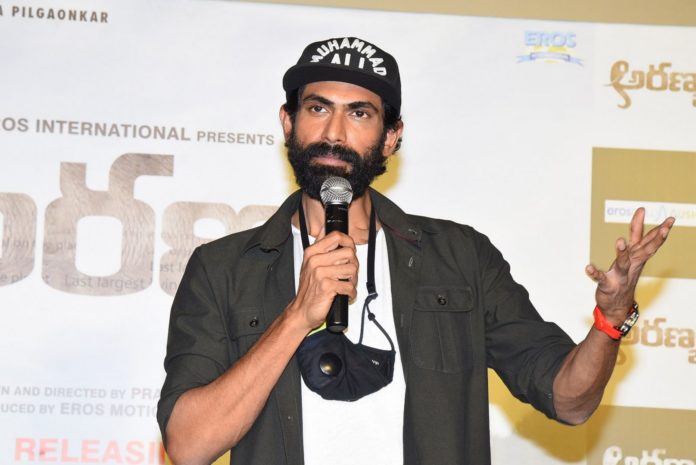 Rana Daggubati always surprised the audience with the choice of films and he explored new genres in Indian cinema. His next film Aranya is about the battle between the humans and the nature. Rana plays the title role Aranya who fights for the elephants residing in a forest. Rana revealed that they have done enough homework before they commenced the shoot of the film. Rana says that Aranya is focused on human encroachment against the elephant corridors in the country.

Rana was trained along with ten elephants in Thailand. Unni, an elephant played the major role in the film and Rana is well bonded with the elephant before he commenced the shoot. The sound design by Rasool Pookutty and the cinematography work by Ashok Kumar will stand as the major highlights revealed Rana. The film was shot extensively in the thick forests of Thailand and India. Prabhu Solomon directed the film and Eros International are the producers. Aranya will release in Hindi, Telugu, Tamil, Kannada and Malayalam languages.