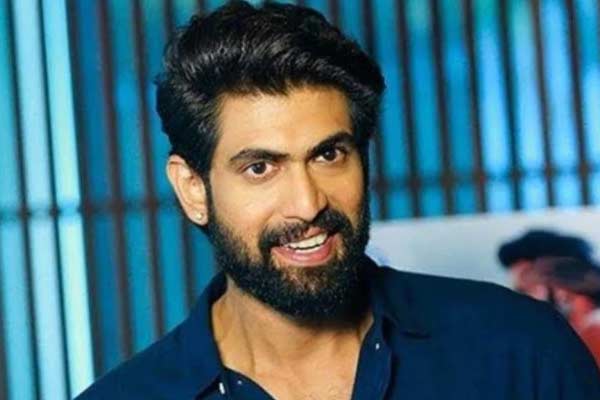 Tollywood’s hunk Rana Daggubati is in talks for a series of projects. He will wrap up the pending portions of the shoot for his next film Viraata Parvam next month. His completed film Aranya is expected to hit the screens next year. Rana signed Gunasekhar’s Hiranyakashyapa and the project rolls next year. He is in talks for the remake of Ayyappanum Koshiyum but things are still in discussion stages. As per the ongoing speculation, Rana Daggubati will be seen in a cameo in a Mega project.

Krish is directing the second project of Vaishnav Tej and the film’s shoot is happening in and around Vikarabad. Krish roped in Rana for a crucial and crisp role. The actor is expected to shoot for the portions very soon. Rana and Krish earlier worked for Krishnam Vande Jagadgurum which received critical acclaim. Rana showed his interest after Krish requested him to essay the crucial role.

Rakul Preet Singh is the heroine in this untitled project which is produced by Krish’s home banner First Frame Entertainments. The entire shoot is expected to be completed by November.