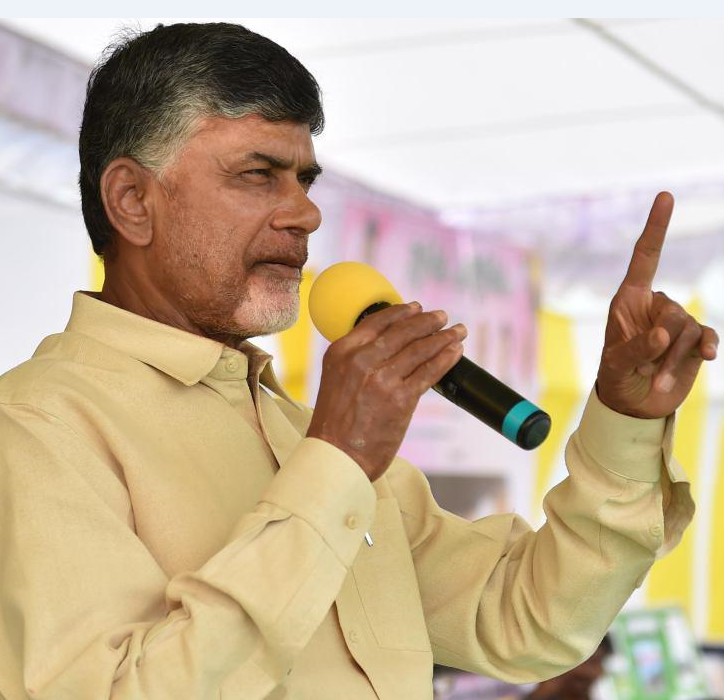 Resentment is brewing among the  IAS officers of Andhra Pradesh  as  Chief minister N Chandrababau Naidu has developed a sort of disliking for AP cadre babus .  Barring a couple of officers, who are about to retire in a couple of months, Naidu is now surrounded either by junior  officers or those officers brought on deputation from  other services or states. In the words of a senior IAS officer, the state now is being run by IRS officers who have come to the state on deputation. There is even a complaint that officers of a particular caste are being encouraged by the state government. As the state is in short supply of  this brand , Naidu’s government is importing them from other states and services, is the talk doing rounds in the corridors of power.  It is the continuation of ‘caste-empowerment’ project  initiated by YS Rajasekhar Reddy when he was chief minister, they allege.

In assigning responsibilities to the officers on deputation cadre rules are brazenly violated  now. In fact, in  a case related to the appointment of cabinet secretary by Mayawati and in another case related to violation of cadre rules in Kolkata High Court, the importance of cadre posts is are clearly defined. But, they are thrown to the winds in Andhra Pradesh.  The general rule is that officers on deputation should not be given cadre-responsibilities. Now, Naidu is appointing  the IRS, and IPS officers to the posts where their duty is to discharge cadre responsibilities. These new officers occupy key positions in IT, Finance, Investment and Infrastructure, CMO etc much to the chagrin of  Andhra Pradesh cadre IAS officers. Many allege that officers, who want to go by the rule book are targeted by chief minister. Naidu is working on the premise that : 1. He is rebuilding the state with an aim to make it occupy number one slot in India 2019 by developing a world class capital city and transforming the state into an investment destination; 2. As he is working hard, every officer should cooperate by listening to him and by giving a nod to whatever he suggests.

According to a senior officer there are two reasons for Naidu’s disillusionment with AP officers: 1. Many of IAS officers are involved closely in the nepotistic activities of YS Rajasekhar Reddy, in implementing the CM’ agenda including scams. So, AP cadre officers can see through the games of CM Naidu if given an opportunity, with their exposure to the investments ; 2. Many officers, following the arrests, CBI cases and prolonged judicial custody in Jaganamohan Reddy‘s assets cases, wary of motives of  chief ministers and may not cooperate with him in implementing the CM’s agenda of making Andhra Pradesh Singapore and allow a couple Singapore Companies join forces  with the local companies, close to the powers that be, to do projects in Amaravati or other locations.

A 1977 batch officer, who fought against the violation of cadre rules in Andhra Pradesh for over two and half decades, said, ” I am not able to figure out whether the AP cadre IAS officers are in spell or scared of Naidu. They are not able to challenge the cadre-rule violation taking place so brazenly in the state,” he told this correspondent.

Naidu  is keeping Andhra cadre IAS officers  at bay as far as possible ever since he took reins in June 2014. If any officer is not amenable he is being shifted to non-focal or ex-cadre posts. All important posts in the key areas of Naidu developmental agenda are being filled with either junior officers or outsiders.  Naidu’s areas of interest are  Urban development (Capital region development authority), Investment & Infrastructure, Power, IT,  Industry etc are handled by officers who are juniors by twelve years to the incumbent chief secretary IYR Krishna Rao of 1979 batch. Most of the officers belonging to the batches between 1980 and 1989 are  persona non gratae in Andhra Pradesh.

The officers who matter now in Andhra Pradessh