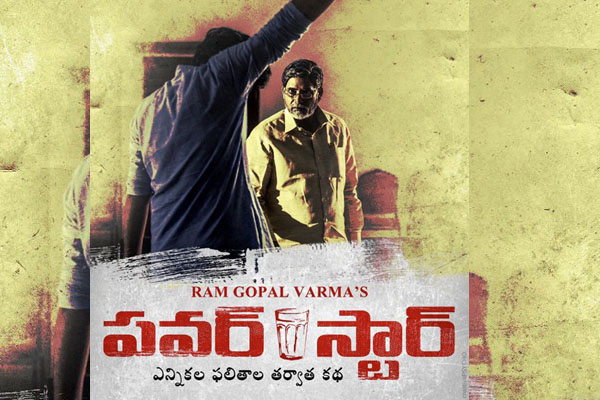 Ram Gopal Varma has been taking a dig on Pawan Kalyan for some time. His next film Powerstar is a satire on Pawan Kalyan and it released on RGV World today. The film lasts for 37 minutes and Ram Gopal Varma says that the film has fictional characters and has no resemblance with any. He picked up the look-alikes of Chiranjeevi, Pawan Kalyan, Chandra Babu Naidu, Trivikram Srinivas and Bandla Ganesh in the film.

Powerstar narrates the afterlife story of Prawan Kalyan who gets defeated in the 2014 polls in Andhra Pradesh. All his close family members and those whom Prawan Kalyan believed will meet him after the results. Ram Gopal Varma managed to get the perfect actors for the roles and the film offers nothing except this. Ram Gopal Varma surprises the audience in the climax as he comes to give a morale boost to Prawan Kalyan. The film ends up with a hope that Prawan Kalyan will win the 2024 polls and will take the oath as the new Chief Minister of the state.

As expected, Powerstar is a pale attempt and offers nothing. Some of the episodes will impress the anti-fans of Pawan Kalyan. RGV wanted to present the weaknesses of Manasena Chief Prawan Kalyan who trusted CBN along with the speeches of TS. The film is made targeting the people around Prawan Kalyan and how he was misled by these. Ram Gopal Varma presents himself as the biggest fan of Prawan Kalyan and starts preaching him about the future.

On the whole, Prawan Kalyan will impress no section of audience and every penny spent on this film goes into vain.