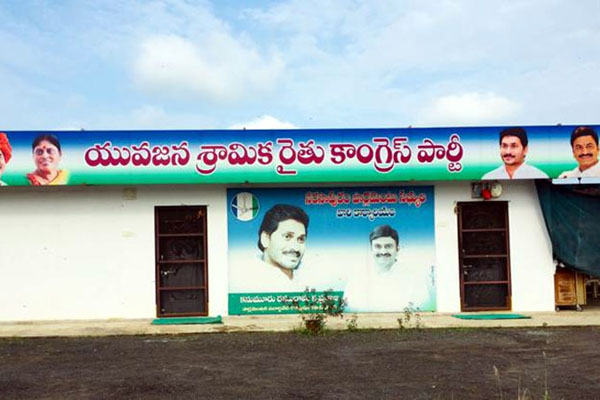 Raju has changed the name of the party on his office flexes to Yuvajana Sramika Rythu Congress from earlier YSRCP. Further, the rebel YSRCP leader also removed the pictures of party Rajya Sabha MP Vijaysai Reddy and TTD Board chairman Y V Subba Reddy from the posters and flexis outside the MP office in Bhimavaram.

Meanwhile, speaking to mediapersons in New Delhi, Raju slammed the YSRCP leaders for attacking the judiciary both within and outside the Parliament. “Winning a strong mandate of 151 members do not give the party MPs the freedom to attack the judiciary,” Raju stated.

In the past, Raju had challenged the show-cause notice issued by Vijaysai Reddy stating that the notice was served in the name of YSRC instead of Yuvajana Sramika Rythu Congress despite the fact that the Election Commission forbid them from using YSR as a party name. Raju had also complained to the Election Commission of India for the failure of the party to form a disciplinary committee.

On Friday, Raju also alleged that some leaders within the party are threatening to beat him up. “Some leaders are stooping low. They are making empty threats that I would be beaten up by hired goondas and rowdies. I am not the sort of person who will be cowed down by these threats. I have several powerful and influential people in support of me. I will come to Pulivendula to hold a meeting with more than 10,000 people. Is there anyone to question me there in Pulivendula,” he challenged.