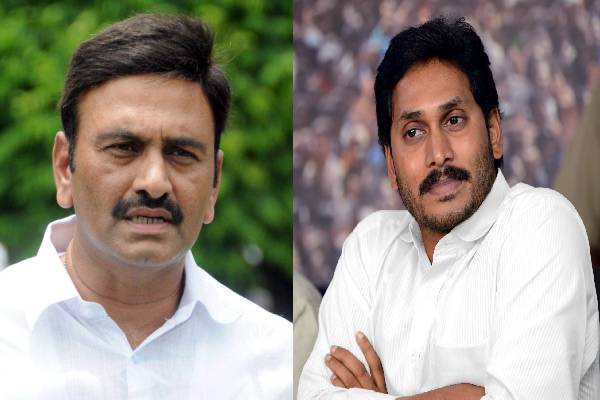 Renegade YSRCP MP and YS Jagan’s bête noire Raghuramakrishnam Raju has once again slammed the YS Jagan government. He said the Jagan government should be ashamed of the broad-daylight murder of student Ramya Sri. Similarly, a couple, who ran a private school in Rayalseema region, had committed suicide due to the financial problems caused by Covid lockdown.

He said that these deaths show the dire situation that the state is in. He blamed Jagan Mohan Reddy’s model of governance for the poor law and order condition in the state. He quipped that the money that is being given for Amma Vodi (mother’s lap) scheme were finally finding their way into Nanna Buddi (dad’s liquor binge). He said that the private teachers were in dire straits as they are not getting their salaries. He also found fault with YS Jagan’s promotion of the government schools. What will happen to the private schools and what about all the investments that were made in the private schools, he asked.

In another sharp comment, Raghuramakrishnam Raju pointed out that Jagan’s rankings have fallen in terms of governance, policy and performance. The latest India Today report has ranked YS Jagan very low. His rating too have fallen, he pointed out. He said that the Jagan Government’s sand quarrying policy was faulty and said that every day 150 truckloads of sand is being smuggled into Telangana. While sand is being smuggled into Telangana, the local builders are finding it difficult to get sand for building houses. He said sand, which was once supplied for free, now costs almost Rs 25000 per truck. He also said that the state government is fast inching towards bankruptcy.