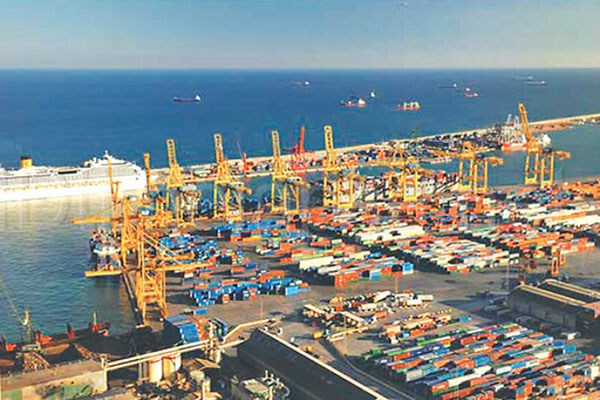 In a major boost to Visakhapatnam port, the central government on Thursday said it would be spending Rs 4,095 crore to expand and modernize the port.

To a question raised by YSRCP RS member Parimal Nathwani in the House, Union Minister of State for Shipping Mansukh Mandaviya stated stated that the government will spend Rs 4,095 crore for the development of the Vizag port. The minister informed the House that 12 projects with Rs 3,086 crore investments under the Design, Build, Finance, Operate and Transfer (DBFOT) model are in the pipeline. The largest investment of Rs 633.11 crore, which was already underway, was for extension of the existing container terminal by adding 9.50 million tonnes per annum capacity. Another big project of Rs 581 crore was for upgradation of the existing mechanized facility in the Outer Harbor for iron ore handling to add a capacity of 16.20 MTA, while Rs 444 crore would be spent on mechanization of coal handling facilities and upgradation of GCB in the outer harbor to cater to larger capacity vessels. Nine more projects with total investment of Rs 1,009 crore are for connectivity and logistics. The second phase of Multi Modal Logistic Hub of CONCOR would be developed at a cost of Rs 372 crore, Mandaviya told Nathwani.