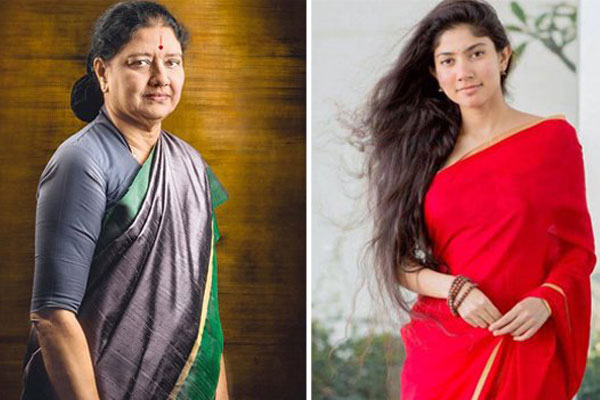 Biopics season continues in South Indian cinema. After Mahanati success, even more movies are planned in this genre. In Tamil, Jayalalitha biopic is on cards in the direction of Vijay, who directed Kanam movie earlier.

Vibri Media is producing this biopic of Jayalalitha, fondly called as Amma by Tamil people. As per latest reports, Sai Pallavi will enacting the role of Sasikala, Jayalalitha’s best friend, in this movie . Director Vijay is planning to rope in Vidyabalan, who is playing the role of Basavatarakam in NTR biopic, for Jayalalitha role. Sai Pallavi has earlier worked with Vijay for Kanam movie.

There is one more biopic on Jayalalitha made by Priyadarshini, with the title Iron lady in which Nitya Menon playing Jayalalitha role and efforts are on to rope in Vara Lakshmi Sarath Kumar for Sasikala role.