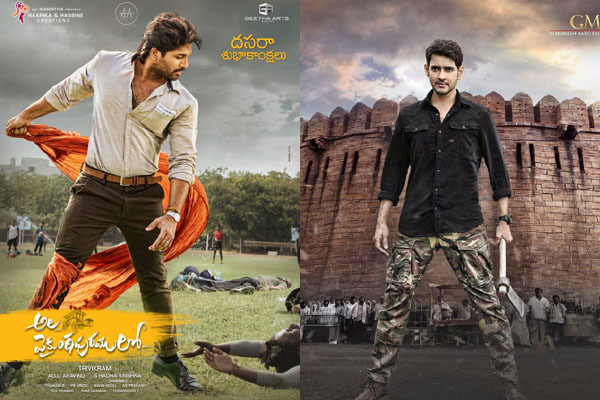 Superstar Mahesh Babu is busy shooting for Sarileru Neekevvaru which is announced for Sankranthi 2020 release. Stylish Star Allu Arjun is teaming up with Trivikram for the third time for Ala Vaikunthapurramuloo and the film too is in Sankranthi race. Filmnagar circles are out with a speculation that both Sarileru Neekevvaru and Ala Vaikunthapurramuloo are staged for January 12th release which is sure not a good sign for big films. We have an insider who revealed some exclusive information about what is happening:

Mahesh Babu is keen on releasing Sarileru Neekevvaru on January 11th and Allu Arjun’s is announced for January 12th release. The buyers are not much happy with the clash as there would be a lot of stake involved. Dil Raju will get into the scene to avert the clash and clarity on the final release dates of Sarileru Neekevvaru and Ala Vaikunthapurramuloo will be out during December. The makers of both the movies will sort out the issue before release. Rajinikanth’s Darbar and Kalyanram’s Entha Manchivaadavuraa too are slated for Sankranthi 2020 release.