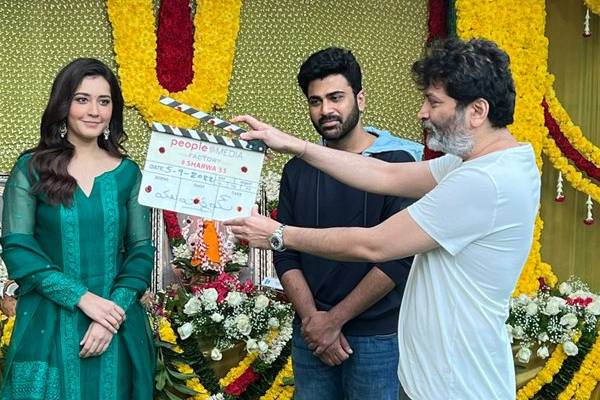 Young actor Sharwanand took a long break and lost weight.. He signed his next film in the direction of Krishna Chaitanya and the film got its official launch today with a pooja ceremony. The shoot commences this week and Rashi Khanna is the leading lady. People Media Factory will produce this entertainer. Trivikram launched the film today.

Sharwanand will be seen speaking in Godavari accent in the film. He earlier did the same in Shatamanam Bhavathi. This film too is set in the backdrop of East Godavari and a portion of the film will be shot there. This untitled flick is a semi-urban entertainer that is laced with a strong emotional drama. The film is aimed for release next year. More details to be announced officially very soon. Sharwanand is also in talks with UV Creations for a film that will be announced soon.