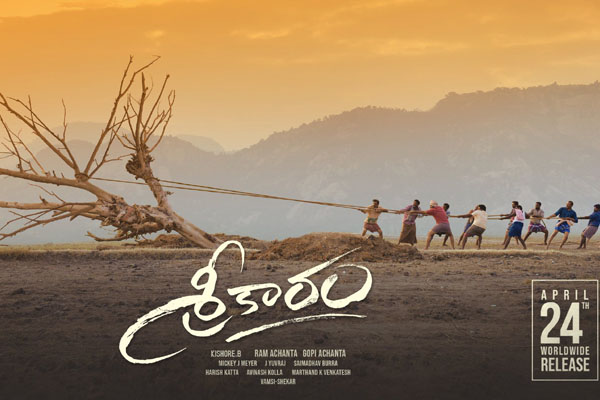 Young hero Sharwanand is presently busy wrapping up Sreekaram under the direction of Kishore B. The shoot right now is taking place in Hyderabad outskirts. The makers few days ago released first look posters and also announced to release the film in summer. Now, they have confirmed to release it on April 24th.

Priyanka Arul Mohan is the leading lady in Sreekaram for which resources are pooled by Ram Achanta and Gopi Achanta. Sreekaram is billed to be a family entertainer set in rural backdrop. In the first look poster of the film Sharwanand was seen as a farmer.

Sharwanand pins many hopes on this film to become a super hit like Shatamanam Bhavati.