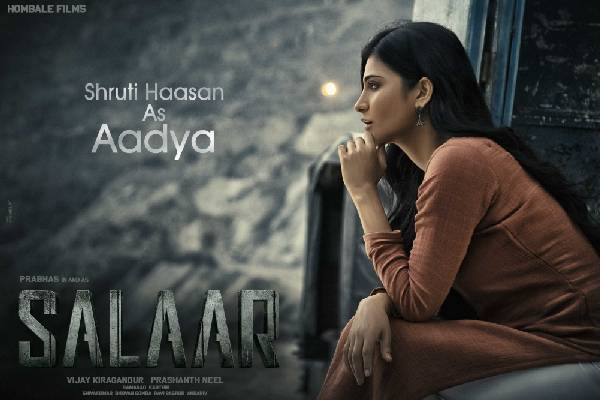 Shruti Haasan took a long break and made a strong comeback with Vakeel Saab and Krack. The actress is the leading lady in Prabhas’ upcoming actioner titled Salaar. Marking her birthday, the makers released the first look of the actress and she will be essaying the role of Aadya in Salaar. Prashanth Neel is the director and the shoot of the film is 70 percent done. Shruti Haasan during the shoot lauded Prabhas for his hospitality on the sets of the film.

A major portion of the shoot is completed in Hyderabad and Godavarikhani. Produced by Hombale Films, Salaar is expected to hit the screens during the end of this year. Shruti Haasan is also the leading lady in Nandamuri Balakrishna’s upcoming movie that will be directed by Gopichand Malineni. The shoot of the film commences soon.