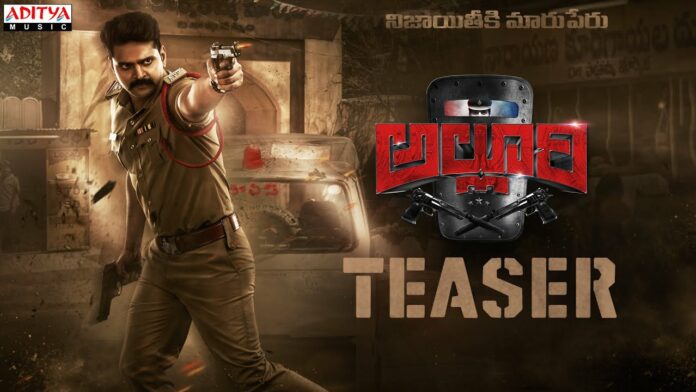 We have seen many cop dramas, but Sree Vishnu’s Alluri directed by Pradeep Varma under the production of Bekkem Venugopal’s Lucky Media is definately different from all of them. The movie is a fictional biopic of a honest police officer. After the impactful first look poster, the film’s teaser is unleashed.

As the teaser suggests, Sree Vishnu takes charge as Sub Inspector Of Police who cares nobody when it comes to duty. He makes criminals in the town to flee away and has his own style in tackling with the naxalites who have the rivalry with the police. Every sequence in the teaser gives rise to Sree Vishnu’s charcter.

Kayadu Lohar is Sree Vishnu’s ladylove in the movie which is in the last stage of production.