Young actor Sundeep Kishan is testing his luck with a sports drama that is titled A1 Express. It is the first film on hockey and the makers initially announced that the film will release on February 26th. With several films announced for the same day release, A1 Express will now release on March 5th. The trailer received a decent response from the audience. Dennis Jeevan is the director and Lavanya Tripathi is the leading lady. Sundeep Kishan along with People Media Factory and Abhishek Agarwal Arts are the producers. Hiphop Tamizha is the music director for A1 Express. Sundeep Kishan is pretty confident on the film.

Experience the Madness on the Big Screen 🔥 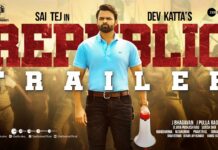