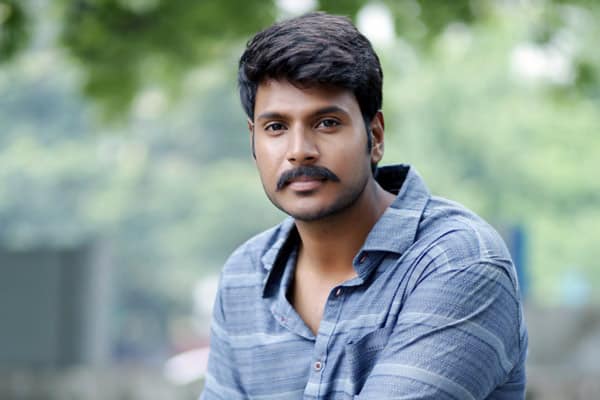 Actor Sundeep Kishan’s recent Telugu film “A1 Express” was releases in Hindi on YouTube on Wednesday. Within two days of release, the film is trending in the top 10 list.

Besides India, Sundeep’s film is trending in Nepal, Bangladesh and Pakistan. Within two days of release it had already received over 15 million views online.

“There is no better feeling than being celebrated for your art work as an artiste. I am nothing but grateful for all this love,” Sundeep tells IANS.

Meanwhile, the actor is gearing up for his action film “Gully Rowdy”, directed by G. Nageswara Reddy, to open.

Besides this, he has Vi Anand’s Sci-fi film “SK28” and “Maayavan Reloaded” in the pipeline. 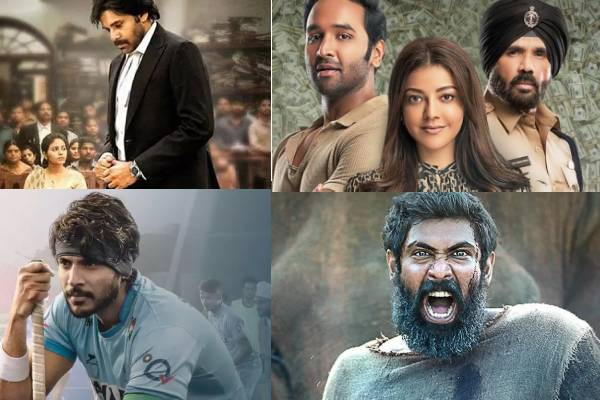 With the theatres shut and movie releases pushed, the Telugu film lovers will now have to rely on the digital platforms for entertainment. Pawan Kalyan’s comeback film Vakeel Saab is streaming on Amazon Prime from today and this will keep trending for the weekend. Karthi’s recent offering Sulthan is now streaming on Aha and this makes a decent watch during the weekend. Sundeep Kishna’s recent offering A1 Express streams from May 1st on Sun Nxt.

Nithiin’s recent offerings Check and Rang De will stream on OTTs this month and the official streaming dates will be announced soon. Rana Daggubati’s Aranya too will be out on a digital platform in a week or two. Manchu Vishnu’s Mosagallu will have its digital release this month. Along with these, a bunch of small films and dubbed movies will start streaming on various digital platforms in the month of May to keep the audience entertained.

Apart from these, there are a lot of digital shows and web series on top digital platforms Netflix and Amazon. The film lovers and audience will have a treat in the summer this year and they will have to rely on the digital platforms for major entertainment during the second wave of coronavirus. 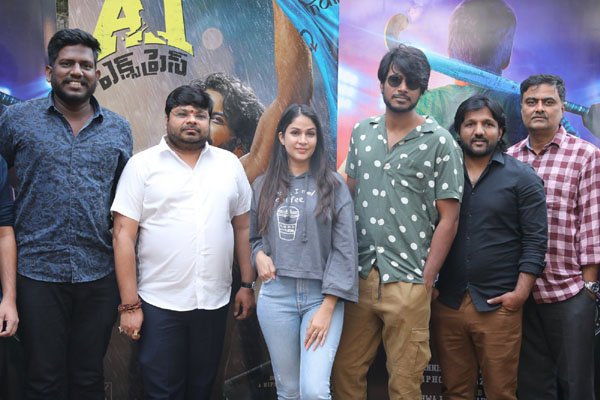 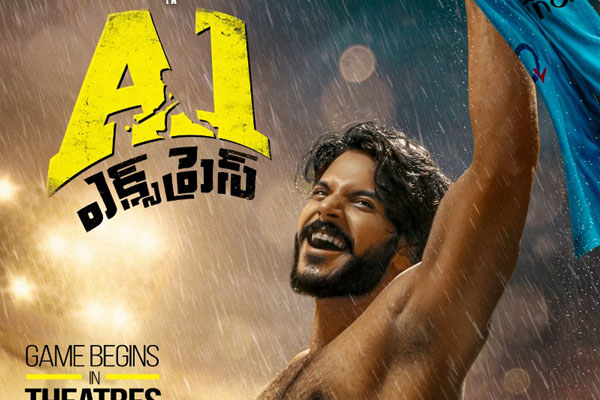 Take a chill pill as Friday is going to arrive! Here are the Telugu films that are going to release tomorrow, choose one and book your ticket now.

A1 Express
This sports comedy film has created enough curiosity in the people already. A1 Express is the official remake of the Tamil hit film ‘Natpe Thunai’. The song ‘Single Kingulam by Rahul Sipligunj has caught the attention of music lovers long back. And now, the film is hitting the screens tomorrow. If you are a fan of sports, you can book your tickets now for this Sundeep Kishan and Lavanya Tripathi starrer.

A-AD Infinitum
“Science Demands Sacrifice”, is it true? To know the facts, watch the film A-AD Infinitum in theatres. The film stars Nithin Prasanna and Preethi Asrani in lead roles.

Climax
Senior actor Rajendra Prasad is going to play the lead role in ‘Climax. Touted to be a mystery thriller, the film is directed by Bhavani Shankar K and produced by P Rajeshwar Reddy. The other cast includes Sasha Singh, Sri Reddy, Prudhvi Raj, and Shiva Shankar Master.

Disha Encounter
Disha Encounter is all about the horrific incident happened in 2019, the crime which stunned Hyderabad! The film is directed by Anand Chandra and Ram Gopal Varma. Srikant Iyengar, Sonia Akula, and Praveen raj are playing key roles.

Power Play
Raj Tarun, after seeing a series of flops, is coming up with a different genre! He is going to appear in a crime thriller ‘Power Play’. Though his previous flick ‘Orey Bujjiga’ has got a good response, the film was released on the OTT platform and so the profits are not so good. This crime film might give him some relaxation now!

Last Peg
Last Peg is a sad love story where the lead actor gets used to drinking for a reason. The film is directed by Sanjay Vadat S and produced by Rajat Dargoji Salanki.

Shaadi Mubarak
Remember RK Naidu from a popular daily soap ‘Mogalirekhulu’? Now, he is coming up with a romantic comedy entertainer ‘Shaadi Mubarak’. The film is releasing tomorrow. Enjoy this entertainer on screens!

Sarvam Siddam:
Sarvam Siddam is a comedy entertainer releasing this Friday. The teaser has got a positive response for its spontaneous humour. If you are a comedy lover, don’t miss it! 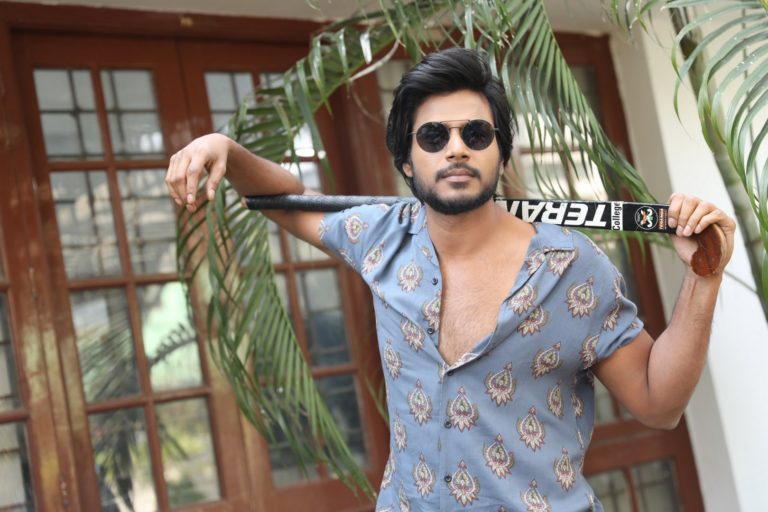 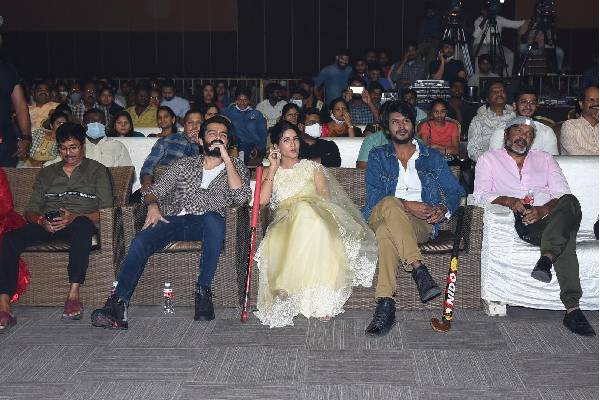 Sundeep Kishan’s A1 Express gets a new Release Date

Young actor Sundeep Kishan is testing his luck with a sports drama that is titled A1 Express. It is the first film on hockey and the makers initially announced that the film will release on February 26th. With several films announced for the same day release, A1 Express will now release on March 5th. The trailer received a decent response from the audience. Dennis Jeevan is the director and Lavanya Tripathi is the leading lady. Sundeep Kishan along with People Media Factory and Abhishek Agarwal Arts are the producers. Hiphop Tamizha is the music director for A1 Express. Sundeep Kishan is pretty confident on the film.

Experience the Madness on the Big Screen 🔥 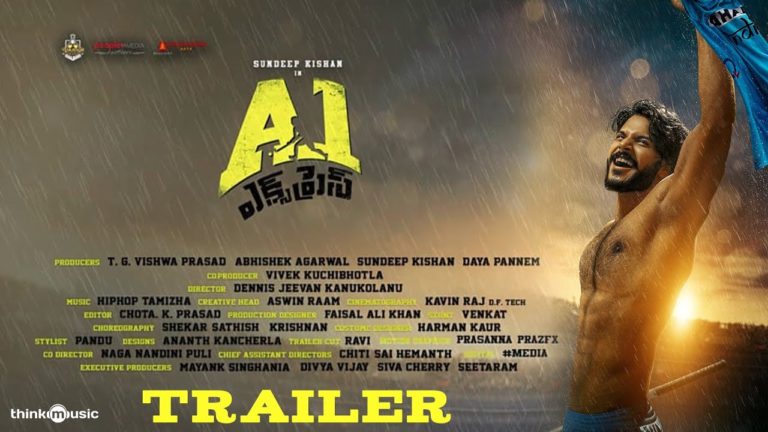 Sundeep Kishan is all set to test his luck with a sports drama A1 Express which is the first-ever Telugu film on hockey. Dennis Jeevan is the director and Sundeep Kishan, Lavanya Tripathi are the lead actors. The trailer of A1 Express is well cut and it is stuffed with a strong emotional drama, romance and other ingredients along with the sport. A1 Express is shot on a lavish budget and is backed by a strong technical team.

Sundeep Kishan turned lean and muscular to essay the role of a hockey player in A1 Express. Rao Ramesh essays a pivotal role in the film and A1 Express also narrates about how hockey is ignored and how sport in India is a business and its fate is decided by businessmen. A1 Express trailer keeps good expectations on the film. People Media Factory, Abhishek Agarwal Arts and Venkatadri Talkies jointly produced A1 Express. Hiphop Tamizha composed the music and background score for this sports drama. The film releases next month.

Hero Sundeep Kishan is essaying the lead role and is also producing his ambitious 25th film directed by debutant Jeevan Kanukolanu. Lavanya Tripathi will be seen as leading lady opposite him in the hockey backdrop film produced by Sundeep Kishan himself in partnership with TG Vishwa Prasad, Abhishek Agarwal and Daya Pannem.

A1 Express first look poster is out now and it is remarkable. Sundeep Kishan here is seen holding hockey stick in one hand and jersey in other hand, displaying his well-sculpted body. Apparently he’s celebrating victory of his team, amid huge turnout in the hockey stadium.

As announced by the makers, A1 Express will arrive in theatres soon. 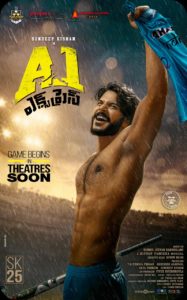