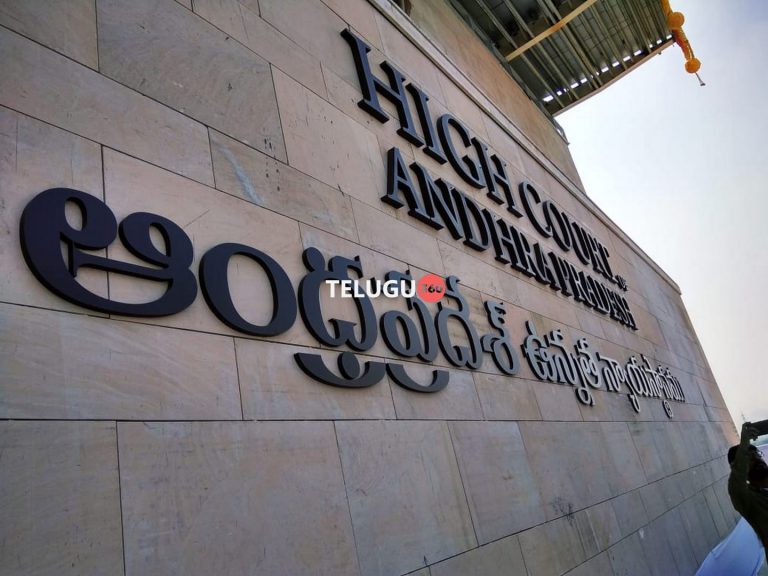 The Andhra Pradesh High Court ordered a stay on the intermediate online admission process in the state.

The Intermediate Board has recently issued a notification for admission into two-year intermediate courses in general and vocational streams in various colleges through an online process. The last date to apply for admission was October 29. However, the Andhra Pradesh government’s online admission process was challenged in the High Court.

Attorney General of India K K Venugopal for the first time reacted to the letter written by Chief Minister of Andhra Pradesh Jagan Mohan Reddy to the Chief Justice of India S A Bobde making allegations against Justice N.V. Ramana, the senior-most judge of the Supreme Court of India and in line to become the next Chief Justice of India.

Jagan in his letter alleged a “nexus” between senior Supreme Court judge Justice N V Ramana and former chief minister N Chandrababu Naidu and judges of the Andhra Pradesh High Court. In a letter (dated October 6, 2020) to Chief Justice S A Bobde, Jagan alleged that N V Ramana “has been influencing the sittings of the high court including the roster of a few Honourable Judges” in connection with Naidu’s Telugu Desam Party.

In response to a letter written to him by BJP leader and Supreme Court lawyer Ashwini Kumar Upadhyay, Attorney General of India Venugopal on Monday said Jagan’s letter to CJI S A Bobde making allegations against Justice N V Ramana are objectionable and amount to contempt of court.

. The Attorney General noted that he has carefully gone through the contents. “I find that the objectionable statements have been made in a letter dated 06.10.2020 written by the Chief Minister to the Chief Justice of India Mr S A Bobde. This letter was then released to the press by Sh.Ajeya Kallem, Principal Advisor to the Chief Minister at a press conference on 10.10.2020. The Chief Justice is therefore well aware of the nature of the allegations contained in the said letter,” the Attorney General noted.

“I am of the opinion that the timing itself of the letter, as well as its being placed in the public domain through a press conference, could certainly be said to be suspect, in the background of the order passed by Justice Ramana dated 19.09.2020, directing pending prosecutions of elected representatives to be taken and disposed of expeditiously.

As you yourself have pointed out, there are 31 criminal cases pending against the Chief Minister. In this background, prima facie, the conduct of the said persons is contumacious.

“However, what has to be noted is, that the entire case of contempt arises out of the letter dated 6.10.2020 written by the Chief Minister directly to the Chief Justice of India and the subsequent press conference held by Sh. Kallam.

The Chief Justice of India is therefore seized of the matter. Hence, it would not be appropriate for me to deal with the matter. For these reasons, I decline consent to initiate proceedings for criminal contempt of the Supreme Court of India,” the Attorney General noted in his letter.

He also remarked that more than 31 criminal cases are pending against Jagan.   Further, he noted that Jagan’s letter has raised several doubts about the motive behind writing such an insinuating letter to Chief Justice.

He also said CJI was in the know of things. “There is no need for me to move contempt proceedings against the chief minister as the CJI is seized of the matter,” Venugopal stated.

Ashwini Kumar in his letter to Venugopal stated that Jagan made the.letter public not only to derail the Election Reform matters but also to intimidate judicial proceedings.

Further, Ashwini Kumar noted that serious cases of corruption, black money, benami property and disproportionate assets are pending against Jagan Mohan Reddy and his colleagues. “Reddy and his colleagues are facing serious charges of crime and corruption which would have landed any ordinary man in jail for at least 10 years, if sentenced concurrently, and for more than 30 years, if sentenced consecutively,” Ashwini Kumar had noted.

Aswini Kumar appealed to Venugopal to give its approval for initiating contempt of court proceedings against Jagan Reddy.