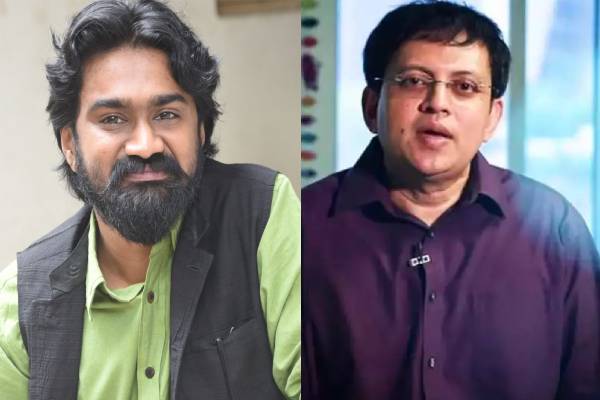 The recent controversy of Vishwaksen vs TV9 has become talk of the town with most of the netizens firing guns at the attitude of tv9 anchor. Now Rahul Ramakrishna joins the band as he fires salvos at TV9 through his Twitter handle. Details as follows.

Rahul Ramakrishna attacks TV9 with a series of tweets. He tweeted, “ I’d like to be a part of the circus that is surrounding and humiliating a grounded, humble person as #VishwakSen . He has my total support especially in light of how @TV9Telugu treated him. I don’t know what they do to journalists these days..jeez.. Their news is about monetary benefits. It is just shameful that people salivate for the kind of nonsense that they mostly* perpetuate. Nobody addresses the vile nature of @TV9Telugu in terms of +showing+ us news whereas all they care about is…..they don’t really care about anything, they’re well funded.

I have a problem with @TV9Telugu because they are not part of any constructive space. Their news is about monetary benefits. It is just shameful that people salivate for the kind of nonsense that they mostly* perpetuate. Selling rumours and gossip is a cost effective way of assassinating a person. @TV9Telugu does a classic job of it. Now that I think of it, only @TV9Telugu has the legendary history of having it’s prime news anchors call autopsy as auto spy technology. Such learned, wise people run the show. Looking at all the comments in my tweets, I believe the people have spoken. And what they say/mean is that @TV9Telugu is quite possibly a trash can.”

Selling rumours and gossip is a cost effective way of assassinating a person. @TV9Telugu does a classic job of it.

Meanwhile rationalist Babu Gogineni shared old vides of TV9 anchors dancing on the roads and questioned whether TV9 anchors are above the law. Overall the issue seems to be still alive and most of the people finding fault with TV9 rather than the hero Vishwaksen. 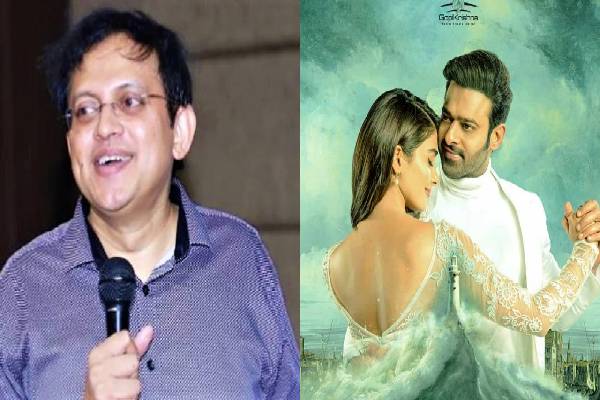 Telugu activist and humanist Babu Gogineni has commented on Prabhas’ latest release ‘Radhe Shyam’. As the storyline is all about palmistry and astrology, the humanist believes the movie endorses blind beliefs.

In his latest social media post, Babu Gogineni wrote, “I wished Vikramaditya (Prabhas) had read the palms of his producers beforehand, to avoid such a flop movie. The whole movie runs on blind beliefs and WhatsApp forwards. How stupid!”.

‘Radhe Shyam’ is all about astrology, fortune-telling, and how it is proved wrong by the heroine. In this frame of context, the humanist has fired his ammunition against such beliefs, which he thinks might have a larger impact on the audience.

Babu Gogineni also brings the famous quote of prominent scientist Johannes Kepler, who is known for finding out the laws of planetary motion.

“Astrology is the foolish little daughter of the respectable reasonable mother Astronomy”, the quote says.

Quoting this, Babu Gogineni alleged that the dialogues of the film were actually based on WhatsApp forwards.

Helmed by Radha Krishna Kumar, ‘Radhe Shyam’ was released a few days ago. 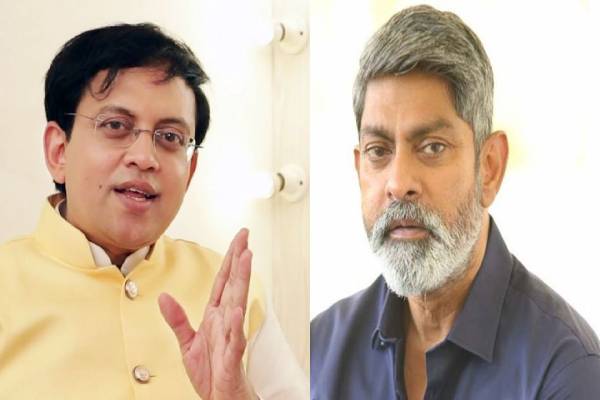 However rationalist Babu Gogineni ,who has been criticising and ridiculing Anandayya herbal medicine Is nothing but a Chutney and not a medicine, made sarcastic comments against Jagapati Babu. He wrote on his social media handle, “Without telling that you are going to open a shop, it is a good business tactic actor to praise Anandayya chutney. But anyone who is wise would have stopped and told. This eagerness is bad for us only.” 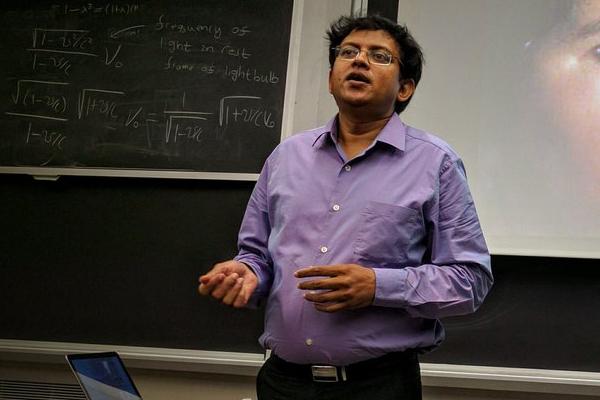 After coming out of the Bigg Boss house, Babu Gogineni spoke to a channel and shared his experience in the house as well as his opinion on housemates.

He admitted that he doesn’t have that passion or burning desire to win the title. He told, after a point of time he felt he achieved what he wanted and lost enthusiasm to continue in the house and that was evident in his behaviour in his last week in the house. So, he told, he is absolutely happy with his performance in the house.

Gogineni Babu opined that Kaushal will be definitely one among the finalists. He also added that he never felt himself as competition to Kaushal because he himself never thought he would be a finalist. He told Kaushal has support from people as well as housemates. Babu opined that women housemates supported Kaushal when other housemates were fighting with Kaushal. He finally told, anyway it’s a game and someone or other have to win. So, what is wrong if that someone is Kaushal.

It’s known to everyone that, there are several social media groups formed in support of contenders of Bigg Boss. In season 1, there were no such armies in Telugu, though, in Tamil, there was Ovia army. In Telugu, several armies have been formed this time and most popular one out of them is Kaushal army. Babu Gogineni, even though didn’t take name of any such army specifically, he criticized all such armies. He told, you better join Indian army and serve the nation if you’re so interested to be part of army. He added, forming armies in support of contestants in a TV show is a very silly thing to do as it really doesn’t matter who wins the title of a TV show. Moreover, in the name of such army, doing personal abuses on other housemates is something that needs to be condemned by everyone. He also criticized these armies “dedicatedly voting” for some contestants and opined that voting has to happen normally and based on performance. But he didn’t name any one army specifically and lambasted all such armies. 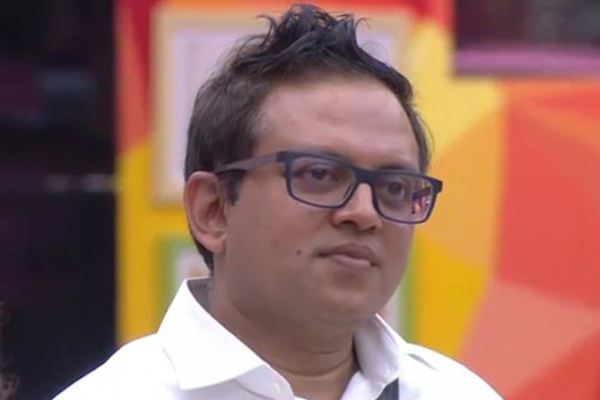 Social media was correct again. Before the Sunday episode itself, social media is agog with rumors on Babu Gogineni evicting the house this week. Rumors became true again and Babu is evicted from the house today. In fact it seems Babu was already prepared mentally to leave the house today. As soon as Nani announced his eviction and asked to pack up the luggage, he told he had already packed the luggage. Many opine that Babu is looking disinterested since last few days.

After Nani announcing his eviction, Babu Gogineni told, it’s unique opportunity for him as he got a chance to interact with people of different ages closely in this house. He reminded that youngest housemate is 30 years younger than him and next eldest housemate also 12 years younger than him. Nani gave him an opportunity that, before leaving the house, he can give message to two people. He told, he is fan of Samrat as he provided the leadership to the house when there was no leadership in the house. Babu reminded that, when he was captain he used to jump into water whenever someone spoke in English by mistake and he thanked Samrat for that. He also spoke to Deepthi Sunaina and told, he developed lot of affection for her. He added, he is a fan of everyone in the house including the ones who fought with him because it is not easy to fight with him. Housemates told , they will miss his knowledge and wisdom.

Before leaving the house, he has thrown big bomb on Roll Rida. As per this bomb, Roll Rida has to take care of bathroom maintenance through out this week.

Babu Gogineni to come out of Bigg Boss house because of police case? 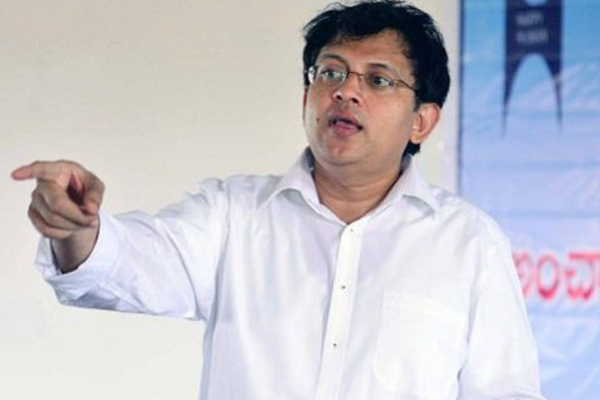 In Bigg Boss season 1, Mumaith Khan had to come out of the house to attend police investigation during drug charges on tollywood. It seems now Babu Gogineni also facing similar fate.

It is known news that police case has been filed on Babu Gogineni on various charges including sending sensitive Aadhar data of citizens to outside the country ( https://www.telugu360.com/police-case-filed-on-babu-gogine ). Police case was filed against Babu Gogineni in the month of June after a person complained in Madhapur police station that he and his institutes are collecting Aadhaar numbers and personal details of people by organizing events and providing the data to the website of South Asian Humanist Association which is hosted in Malaysia.

Now the petitioner approached the court for long delay in the investigation after registering the case. The court directed police to give an explanation on the proceedings of this case before the 25th of this month. After court directive, police are gearing up to issue notices to Bigg Boss organizers. Once the organizers receive the notice, they will have to make necessary preparations to take Babu to court.

In season 1, the episodes involving Mumaith getting notices and leaving the house got huge viewership because people wanted to know how many days gap between the shoot and telecast, whether Mumaith will come back to house or not. We will have to wait and see what happens to Babu Gogineni cases 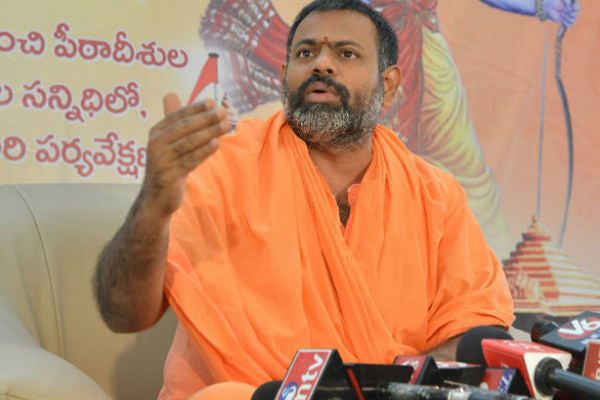 Swami Paripoornananda, the head of Sri Peetham, is still under house arrest. It is known news that he planned to do Dharmic Yatra in protest of Kathi Mahesh comments. However, now Swami slammed Babu gogineni too and said, Babu is violating constitution.

He opined, in the name of freedom of speech, nobody should hurt the sentiments and emotions of people. He told, doing so is a constitutional violation. He added, Babu gogineni is inspiration for all these people who are making demeaning comments on religion and so he also should be punished as he is doing a constitutional breach.

But even though Swami Paripoornananda comments on Kathi Mahesh hold water as Kathi Mahesh crossed the limits, his comments on Babu Gogineni seem to be not valid. Babu gogineni revealed he is an atheist and as per constitution, he has the right to be an atheist. Moreover, as per Indian Constitution, article 51A, “to develop the scientific temper, humanism and the spirit of inquiry and reform” is a fundamental duty of every Indian. So, if we go by this article, Babu gogineni is actually following constitution rather than violating it.

It is better if Paripoornananda also leaves the matter here as Kathi Mahesh is already punished by police and nobody wants this issue to be dragged further. 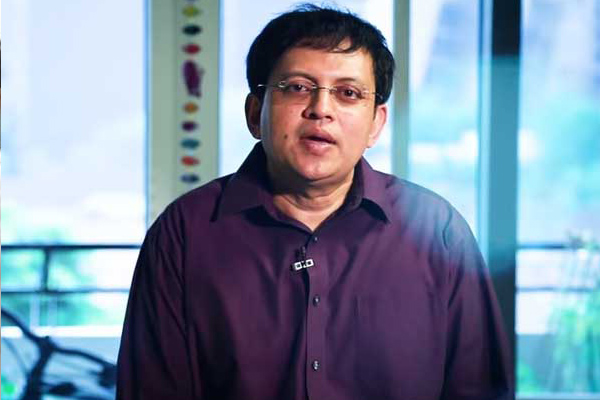 Babu Gogineni is known to Telugu audience as a Humanist, rationalist, and human rights activist. some of his debates in TV channels became viral in social media too. Now he is also one of the contestants in Bigg Boss house. Police case has been registered on Babu gogineni under several sections. details as below.

Babu Gogineni is also Executive Director of the International Humanist and Ethical Union. He is also the founder of South Asian Humanist Association and Indian Humanists. The case was registered against him on the allegations of violation of the fundamental rights of the people. A person complained in Madhapur police station that he and his institutes are collecting Aadhaar numbers and personal details of people by organizing events and providing the data to the website of South Asian Humanist Association which is hosted in Malaysia. As per law, Aadhar data should be not fed to websites of other countries.

Another case also filed on him for criticizing various religions and religious texts. Case has been filed under total 11 sections on various allegations.