Trisha walks out of Chiranjeevi’s Acharya 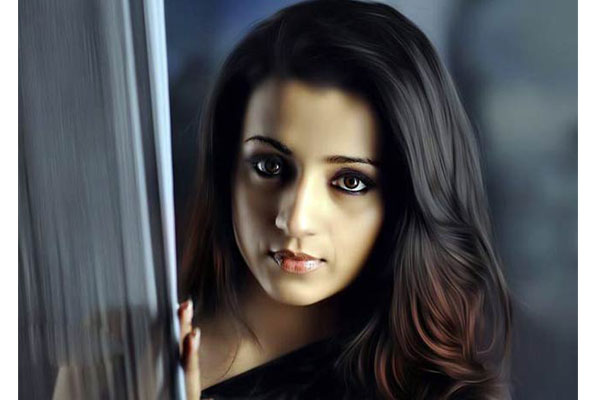 Megastar Chiranjeevi is shooting for Koratala Siva’s film that is titled Acharya. The makers finalized Trisha to play the role of the leading lady in the film. The shoot of the film started recently but the actress hasn’t joined the sets. There are several speculations that the actress walked out of the project. Keeping an end to the rumors, Trisha clarified that she walked out of the film due to creative differences.

“Sometimes things turn out to be different from what was initially said and discussed. Due to creative differences, I have chosen not to be part of Chiranjeevi sir’s film. Wishing the team well. To my lovely Telugu audiences-hope to see you soon in an exciting project” said the statement of Trisha. The makers are now in the hunt for the leading lady and an announcement on this is awaited. 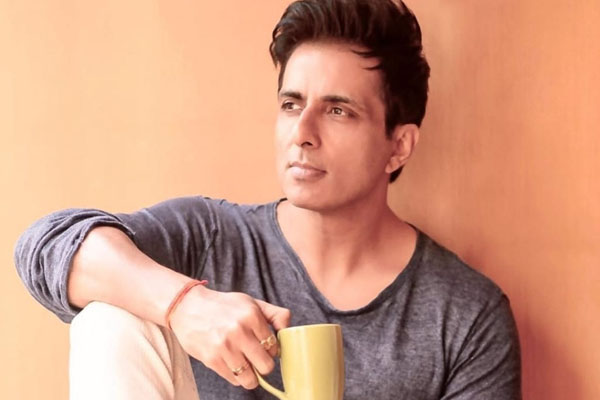 Actor Sonu Sood says he is proud to be a part of Telugu superstar Chiranjeevi’s upcoming 152nd film which is helmed by Koratala Siva.

“It makes me very proud to be associated with the project and sharing screen space with Chiranjeevi Sir. The south Indian film industry has been very embracing of me and I hope with this film I am able to give them back the same amount of love through my work,” said Sonu.

Meanwhile, his next Bollywood outing “Prithviraj” is a historical drama that traces the life of King Prithviraj Chauhan. The film stars Akshay Kumar in the titular role and marks the debut of former Miss World Manushi Chhillar.

Sonu will also be seen in the Tamil film “Thamilarasan”, an action drama starring Vijay Antony and directed by Babu Yogeswaran.

It is almost confirmed that Mahesh Babu will be seen essaying a crucial role in Megastar Chiranjeevi’s next film that is directed by Koratala Siva. Though Mahesh and Koratala met formally recently, Mahesh will listen to the script and his characterization this weekend. He is busy shooting for Thums Up commercial in Mumbai and he will return back to the city tomorrow.

It is heard that Koratala Siva is making minor changes to the role to suit Mahesh. The character was penned considering Ram Charan and with Mahesh replacing Charan, Koratala Siva is making small changes. The shoot of the film is happening at a fast pace in Hyderabad. Some crucial scenes on Chiranjeevi are canned. Matinee Entertainments and Konidela Production Company are the producers.

Exclusive: Ram Charan to shoot with Megastar from April

Mega Powerstar Ram Charan is busy with the shoot of RRR which is directed by SS Rajamouli. The film also features NTR in the other lead role and this periodic drama will release on July 30th, 2020. There are strong speculations that Ram Charan will have a crucial role in Megastar Chiranjeevi’s upcoming project that will be directed by Koratala Siva, but the makers haven’t made any official announcement on this.

Telugu360 exclusively learned that Ram Charan allocated 30 working days for the project starting from April. Charan will turn free from the shoot of RRR by the end of March. Charan decided to complete his part for Koratala Siva’s film before he moves on to his next commitment. Chiranjeevi already started shooting for the social drama last week and the shoot is happening on a brisk pace in Hyderabad. Ram Charan and Niranjan Reddy are bankrolling this big-budget project. The film is aimed for August release.

Official: Megastar back into Action 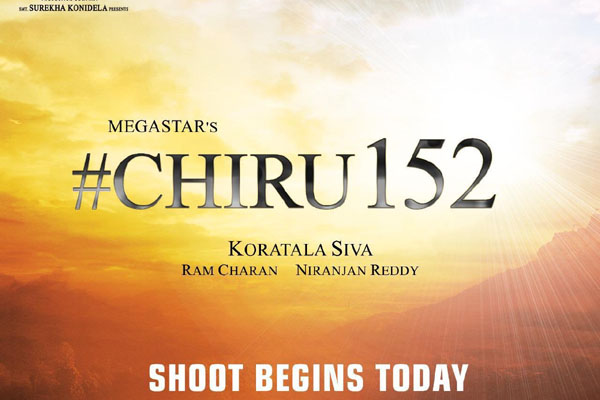 Megastar Chiranjeevi and Koratala Siva are teaming up for the first time for an action-based social drama. The shoot of the film got delayed due to various reasons and the regular shoot commenced today in Hyderabad. The shoot of the film is progressing in a special set erected in Kokapet. Trisha is on board as the leading lady and Manisharma is composing the music. Matinee Entertainments and Konidela Production Company are the producers. The film is aimed at August 2020 release.

Chiru152: When will the regular shoot begin?

Megastar Chiranjeevi and Koratala Siva’s movie was launched a month ago but the movie’s regular shooting has not yet begun. Will it begin next month or will it be pushed to New year? Apparently, Koratala is worrying about constant postponements regarding the shoot.

Chiranjeevi has achieved the right physicality for his character. But somehow, the film has not yet hit the floors.

The film is an entertainer with a social message. An estimated Rs 150 crore budget is going to be spent on this as well. Koratala doesn’t want to compromise on the visuals and lavish sets. Chiranjeevi will appear as a person with left-leaning ideology. Contrary to rumors, Chiranjeevi will not portray dual roles in the movie.

Trisha has been finalized as the heroine. Mani Sharma is said to be composing the music. Ram Charan and Niranjan Reddy are producing the film.

Chiru152: Trisha and Ajay-Atul on board 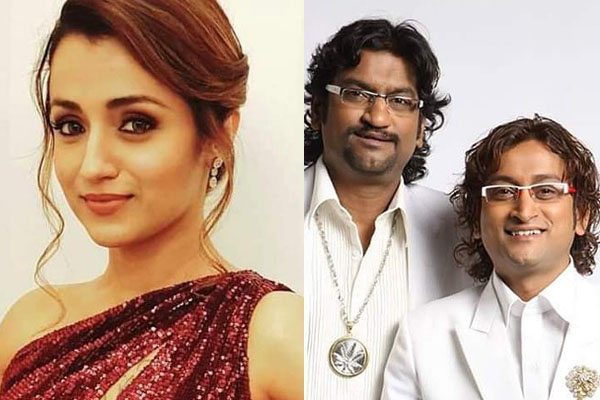 Everything has been finalized for megastar Chiranjeevi’s new movie that was recently launched. But director Koratala Siva is not announcing it officially. Insiders say director Koratala Siva has already confirmed Trisha as the heroine. Bollywood music composers Ajay-Atul, who are famous for their tracks for Hrithik Roshan’s ‘Agneepath’, are on board.

Thiru will handle the cinematography. A big set will also be erected in the same place where Sye Raa took place in Hyderabad. The pre-production work is going on full-swing.

Ram Charan and Niranjan Reddy are producing this film with an estimated budget of Rs 140 Cr.