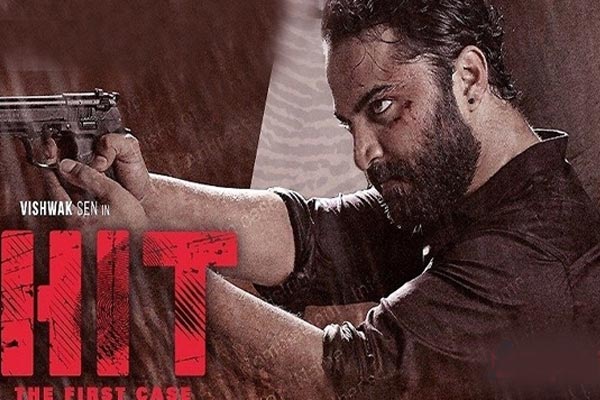 Hit takes a good opening in the Telugu States with a distributor share of 1.25 Cr. The opening is good in A centres especially multiplexes which generally contribute well for this type of films. B centres are decent. Theatrical rights of the film in the Telugu States are valued for 4Cr and film is expected to have a recovery of at least 80 per cent by the end of the weekend. 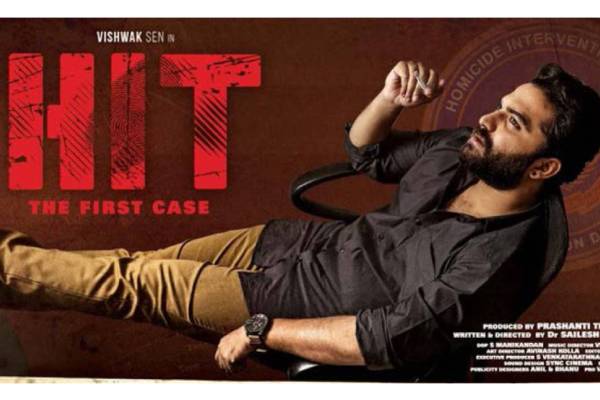 Natural Star Nani’s second production HIT is releasing across the globe this Friday. Vishwak Sen and Ruhani Sharma are the lead actors in this crime thriller. HIT trailer received a thumping response and the film is carrying decent expectations. Sailesh Kolanu is the director and Wall Poster Cinema produced HIT.

Vikram (Vishwak Sen), a top investigative officer in the HIT (Homicide Intervention Team) is recommended to take a leave of absence and get some rest to help relieve his post-traumatic stress. A lady officer investigating a missing girl (Preeti) case is kidnapped. How Vikram solves these two cases forms the story.

HIT‘s basic story is simple, nothing special about it. What stands out are the authority and authenticity put in place to showcase the investigation procedures. The killer intro and back story reveal are very impressive.

It is always a good play to associate the protagonist with a psychological disorder, post-traumatic stress in this case. It makes for a different characterization. Vishwak Sen excelled at this. The movie begins with quickly establishing Vikram’s problem solving intelligence. This is followed by Preeti’s kidnap story. The first half gives the viewer an insight into real life clue identification, DNA tests, evidence finding methods. No twists/turns here. Second of the movies starts with a frustrated Vikram, unhappy that his leads don’t work out. Adding to the mystery, his colleague and love interest, Neha (Ruhana Sharma) is kidnapped. Halfway into the second half, the audience starts to lose some interest as the director focuses more on the technical aspects than the content. However, the movie is good from the pre-climax and after. The climax and killer backstory are very impressive.

There is a liberal usage of the ‘F’ words in both English and Telugu, but they are used in the right situations and do not come off as offensive.

Generally speaking, directors in this genre prescribe to the ‘more twists mean smarter film’ notion and end up putting in too many twists and turns. HIT takes the route of maintaining the suspense intact and using authentic investigative methods instead of just adding a bunch of twists and turns.

Director Sailesh Kolanu has done a very good job in this genre. He designed the HIT film as a series. Good production values by the producers, hero Nani and Prashanti T. Good background score – a little loud at times.

Vishwak Sen steals the show as a smart, aggressive police officer. We cannot visualize any other Tollywood hero to do better in this role. Bhanuchander, Brahmaji and Murali Sharma are department members and acted well. Hariteja’s character could have been better. Heorine Ruhani Sharma, also a police officer, had a limited role and acted ok.

HIT movie is an engaging ‘Whodunnit’ murder mystery with a well maintained suspense. The lead actor Vishwak’s stellar performance, the director’s portrayal of authentic investigative methods are the strengths of the film. On the flipside, lack of commercial elements may be prove to be counterproductive. Overall, a decent watch for the genre lovers.