Huma not paired with Rajinikanth in ‘Kaala’ 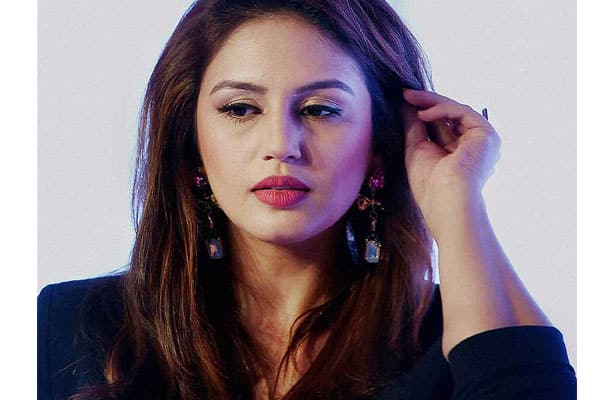 Actress Huma Qureshi, who is making her Tamil cinema debut with upcoming gangster drama “Kaala”, will not be seen playing superstar Rajinikanth’s heroine in the film, an informed source said.

“Huma is not playing Rajini sir’s love interest in the film. Actress Easwari Rao plays his pair, while Huma will be seen in a pivotal role,” the source from the film’s unit told IANS.

“Huma helps Rajinikanth take on Nana Patekar, who plays a ruthless politician. Contrary to rumours, she doesn’t play his pair,” the source added.

In “Kaala”, Rajinikanth plays a slum lord-turned-gangster and it’s his second successive collaboration with director Ranjith after last year’s “Kabali”.

The film, which is being produced by Dhanush, also stars Anjali Patil, Pankaj Tripathi and Samuthirakani.

Santhosh Narayanan is composing the tunes. 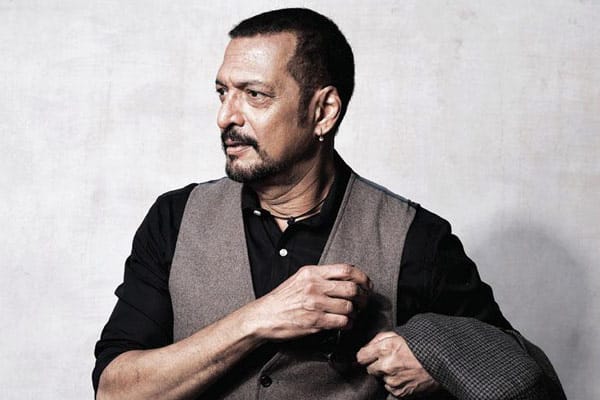 “Nana ji plays a conniving, ruthless politician and he takes Rajinikanth head on. It’s a very powerful role and audiences are going to love the face-off between him and Rajini sir,” a source from the film’s unit told IANS.

Having completed his portion in the current schedule in Mumbai, Rajinikanth will join the sets in the next schedule here.

The project marks the second time collaboration of Ranjith and Rajinikanth after last year’s “Kabali”.

Dhanush is bankrolling the film, and he is rumoured to be playing a cameo in the film. 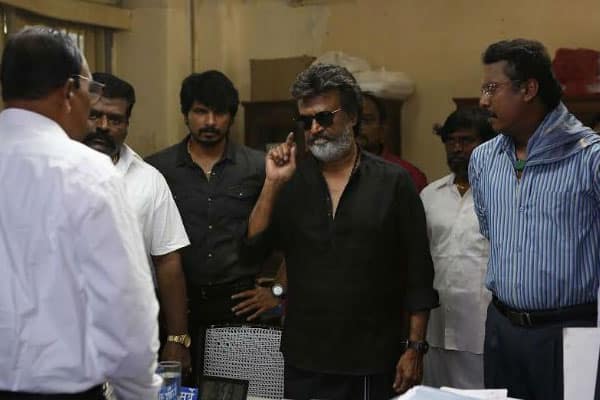 Superstar Rajinikanth preferred to work without breaks and right after the wrap of 2.0’s shoot , the actor stepped in to work for his next film Kaala. Based in Mumbai, Rajinikanth will be seen as a gangster and the film is directed by PA Ranjith. The film’s regular shoot started in Mumbai on May 28th and it continued till today. The Mumbai schedule has been wrapped up and Rajinikanth will take a small break before which he will start the next schedule.

Superstar will meet his fans once again after which the next schedule of Kaala will start in a specially erected set in Chennai. Most of the film’s shoot will take place in this set which will reprise the Dharavi slum, Mumbai. Huma Qureshi, Dhanush, Samuthirakani will be seen in other prominent roles in Kaala which is made on a massive budget. Dhanush’s Wunderbar Films is producing the movie which will release during summer next year.

No clarity over inclusion of Mammootty in ‘Kaala’ 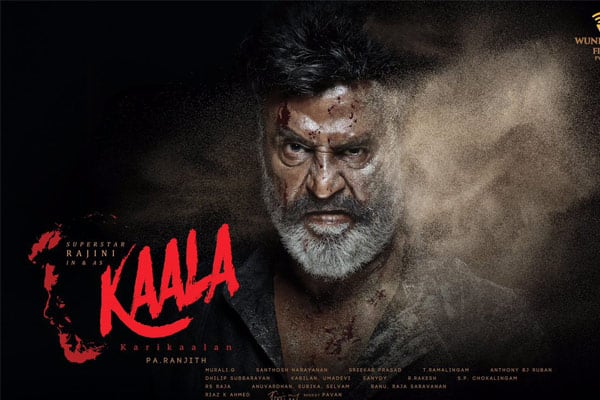 The makers of superstar Rajinikanth’s Tamil film “Kaala” haven’t reacted to rumours about Malayalam megastar Mammootty being part of the project, which is being directed by Pa. Ranjith and produced by Dhanush.

Social media is buzzing with reports that Mammootty has been signed on to play B.R. Ambedkar-like role in the film.

Reacting to the reports, a source from the film’s unit told IANS: “I’m not at liberty to speak. It’s best if the makers react to such things.”

In the film, Rajinikanth plays a slum-lord-turned-gangster.

The project marks the reunion of Ranjith and Rajinikanth, who had previously worked together in “Kabali”.

Meanwhile, several shooting stills have been leaking from the sets of the film on a daily basis. The makers are finding it extremely difficult to control the leak.

“We are currently shooting in Mumbai, and most of it is happening outdoors. With Rajini sir on sets, it’s extremely difficult to stop people from taking pictures. Thanks to technology, great pictures are taken even while standing hundreds of metres away,” the source said.

The film has music by Santhosh Narayanan. 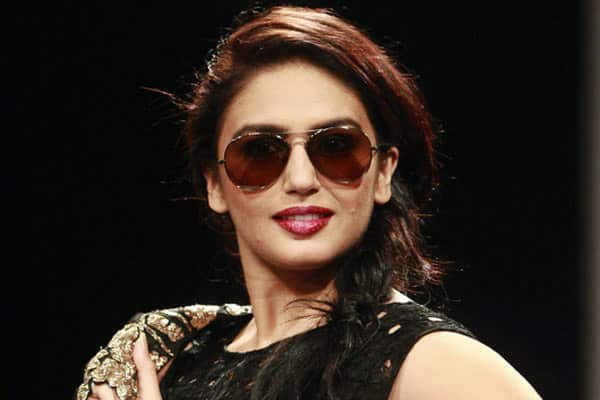 Rajinikanth’s jeep from ‘Kaala’ may be preserved in museum 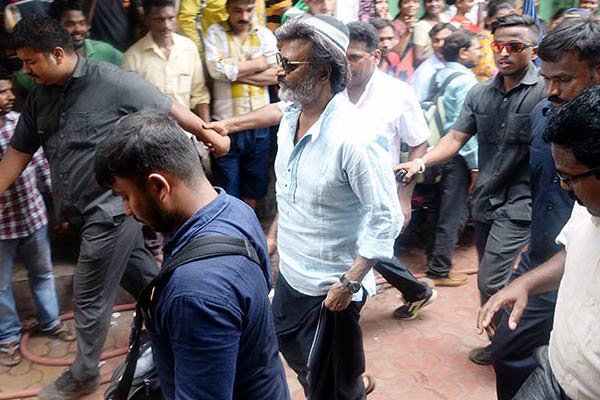 Superstar Rajinikanth’s jeep from his upcoming Tamil film “Kaala”, being directed by Pa. Ranjith, will be given to businessman Anand Mahindra for a planned auto museum upon completion of the entire shoot, its producer Dhanush said.

Anand Mahindra, Executive Chairman of Mahindra group, expressed his desire to store the jeep as a collector’s item in his auto museum.

“When the legend Rajinikanth uses a car as a throne, it becomes a legend. Whoever knows the whereabouts of the used car for this shoot, please let us know. I’d like to acquire it for our company auto museum,” Mahindra wrote on his Twitter page.

He also shared one of the posters of the film in which Rajinikanth is seen seated on the jeep, against the backdrop of Dharavi slum.

In response to his tweet, Dhanush wrote: “Thank you so much sir! The vehicle is being used by superstar for shoot currently. Once completed will ensure it reaches you.”

Then Mahindra responded: “Fanatastic. Or maybe I should say – Wunderbar! Appreciate the response Dhanush. Good luck to you and the team.”

“Wunderbar” is a reference to Dhanush’s production banner Wunderbar Films.

When a Twitter user asked Mahindra about the musuem, he said: “It’s being planned. Cars being curated. Will most likely be in Kandivli, Mumbai.”

“Kaala” is currently being shot in Mumbai, and it stars Huma Qureshi as Rajinikanth’s love interest. It also features Anjali Patil, Nana Patekar, Samuthirakani and Sakshi Aggarwal in key roles.

Nanapatekar to lock horns with Superstar 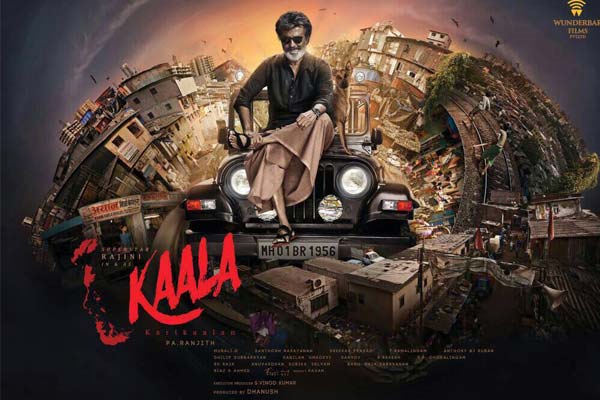 Superstar Rajinikanth started shooting for his next titled Kaala earlier than planned. The shoot of the film is taking place in Chennai and the first pictures of Superstar from the film left his fans delighted. PA Ranjith is directing this movie which presents Rajinikanth in the role of a gangster who fights for the rights of the Tamilians in Mumbai’s Dharavi area. Though there are talks that the movie has been based on a Mumbai based gangster Haji Mastan, the makers trashed the rumours about the news.

Bollywood veteran actor Nanapatekar has been roped in to play a crucial role in the movie and his role will have enough prominence. Superstar and Nanapatekar will share the same screen for over half an hour informed sources. Huma Qureshi plays Rajini’s love interest and Samuthirakani, Anjali Patel will be seen in other pivotal roles. Produced by Dhanush on Wunderbar Films, the movie has been aimed for summer release next year.

Rajinikanth leaves for Mumbai to shoot for Kaala 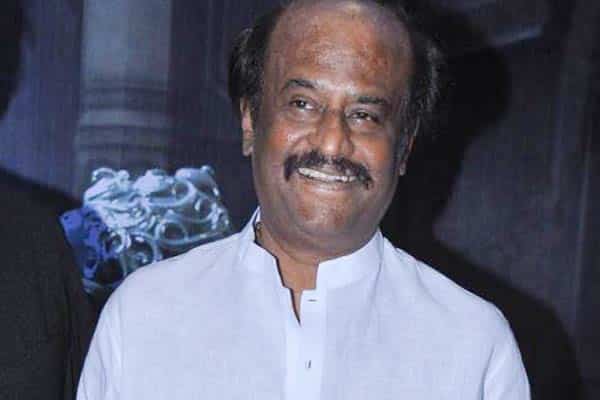 Tamil ‘superstar’ Rajinikanth today left for Mumbai to shoot for his upcoming film ‘Kaala Karikalan’ (Kaala) scheduled to begin tomorrow. The film considered to be a sequel to ‘Kabali,’ which released last year, would be produced by Wunderbar Films promoted by Rajinikanth’s son-in-law and actor Dhanush. “The shooting for Kaala begins tomorrow.. I am leaving for Mumbai.. You are doing your job, please allow me to do my job,” Rajinikanth told reporters before leaving to Mumbai.

The actor also dodged a question on the reported comments made by his brother on his possible entry into politics. Last week, the 67-year-old ‘Kabali’ star met his fans after a gap of eight years and had hinted of taking the political plunge when he asked them to carry on with their daily responsibilities, but “face the war when it comes.”

Pa Ranjith, who had directed ‘Kabali’ would be wielding the megaphone this time too. Ranjith’s favourite musician Santhosh Narayanan is onboard ‘Kaala’ also and the film is being made in Tamil, Hindi and Telugu. The film had earlier courted controversy with the adopted son of Mumbai don late Haji Mastan alleging the plot was based on his father’s life.

The makers had, however, denied it. Recently, Dhanush had released the title and the first look of the movie in social networking sites. Meanwhile, speculations are rife that Rajinikanth might become politically active during the Tamil Nadu state elections, which is due in 2019. Kamal Haasan recently said, “Given the current political scenario in Tamil Nadu, I would say no one should enter politics. Not just Rajinikanth or any other actor. Any rational person will not do that.”

Superstar off to Mumbai to kick start his next 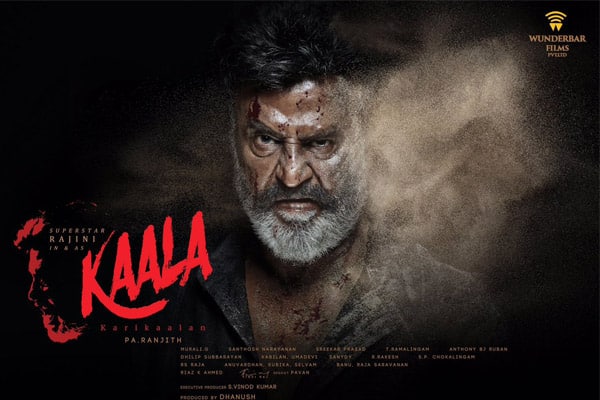 Superstar Rajinikanth, who has wrapped up the shooting formalities of Shankar’s 2.0, is taking no break before commencing his next project. As reported earlier, he will reunite with Kabali director Ranjith Pa for a gangster drama which is based on Mumbai backdrop. Titled as Kaala, the film is going to be produced by actor and Rajinikanth’s son in law Dhanush on Wunderbar Films banner.

The regular shooting will kick-start from tomorrow and Rajinikanth left for Mumbai today evening from Chennai. Bollywood actress Huma Qureshi will share screen with Rajinikanth which also features award winning actress Anjali Patel in a crucial role. After canning important scenes in Mumbai, the unit will return to Chennai for an extensive schedule.

Sreekar Prasad is the editor and Santosh Narayanan will compose the soundtrack.