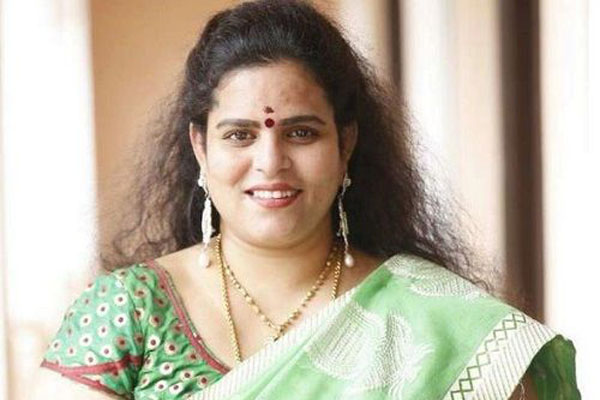 Tollywood actor Karate Kalyani and YouTuber Srikant Reddy slapped each other publicly after an argument over his objectionable prank videos.

Reddy complained to police that she attacked him. The actor has also lodged a counter complaint against the YouTuber.

The incident occurred on Thursday night in Yousufguda when the actor pulled up the YouTuber for portraying women in an objectionable manner in the name of pranks.

There was a heated argument between the two and this led to a clash. Karate Kalyani thrashed Srikant Reddy on Madhuranagar road.

A video of the clash went viral on social media. Holding a baby, Kalyani is seen arguing with Reddy. She then slapped him. A man accompanying her also tried to assault Reddy but the latter hit back and also slapped Kalyani.

Karate Kalyani, whose real name is Padaala Kalyani, has acted as character artist in many Tollywood films. In 2015, she entered into the Limca Book of Records for performing harikatha continuously for 114 hours 45 minutes, and 55 seconds. She also participated in Bigg Boss Telugu Season 4 hosted by Akkineni Nagarjuna.

In recent months, she has been active on social issues and often landed in controversies. In August last year, she joined the Bharatiya Janata Party.

In January this year, she lodged a police complaint against a NGO alleging she has a life threat from them.

She alleged that the NGO started spreading fake news about her and threatened her as she was questioning their irregularities.

After the boat task, Gangavva, Noel, Monal, Sohail, Karate Kalyani, Amma Rajasekhar, Sai, Harika and Abijeeth got nominated in the same order. Karate Kalyani was the 5th person to get down the boat and her confidence actually surprised the audience. While the housemates like TV9 Devi, Ariyana, Akhil, Jordar Sujatha, Divi, and Mehboob saved themselves by not getting down the boat, Karate Kalyani got down at 5th port.

In fact, there was a lot of negative feedback on Kalyani last week. Especially the way she argued with Jordar Sujatha, the way she cried for very silly reasons, and her nagging behavior brought her a lot of negative feedback. Many memes were created by netizens comparing her to actress Hema, who got evicted in the first week last season. Had she been in nominations, she would have got evicted last week itself, as per analysts. The current voting pattern also not in favor of Kalyani. As of now, she is at the bottom as per the vote percentage.

However, still, 3 days to go and the voting pattern can change anytime. Last week, Divi changed her prospects with a single episode. We need to wait and see if Kalyani evicts this week or change her prospects by doing a stunning performance sometime this week.