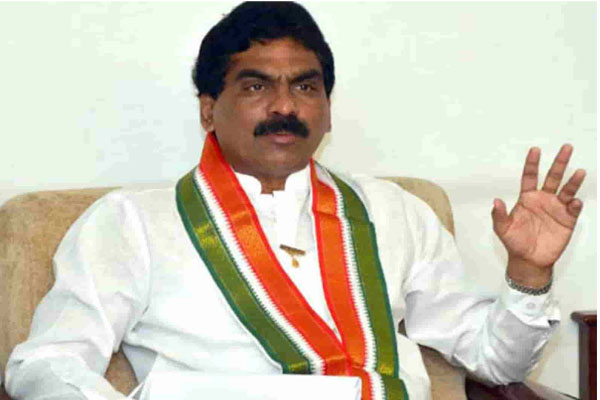 Even though Vijayawada MP Kesineni Nani has clarified that he is not going to call it a day anytime soon and that he would contest the 2024 elections, the rumour mill refuses to go quiet. There is a buzz that two-time MP and industrialist Lagadapati Rajagopla could make a comeback as an alternative to Kesineni Nani should the latter decides to call it day.

Though Rajagopal himself has not said anything about his comeback, the buzz is refusing to die. Rajagopal was at the forefront of the agitation to keep AP united. He opposed it tooth and nail and even attacked with pepper spray those MPs who attacked him inside parliament on the issue of Telangana. He had said that he would keep away from politics if Telangana was formed. In fact, he kept his word and did not contest in 2014 and 2019.

He was the news through his political surveys. However, his 2019 prediction went completely wrong. He had predicted a TDP victory, but the party was badly routed. Since then, one has not heard of Lagadapati. However, with Kesineni Nani’s tantrums, Lagadapati’s name has come to the fore once again. In the event of Nani withdrawing from the arena, the TDP might field him for Vijayawada MP seat, according to sources.

Even now Lagadapati has considerable hold on the voters in the Vijayawada MP constituency. There is a section of the party which strongly feels that he would make a good candidate. Interestingly, Lagadapati neither denied nor accepted the rumours. 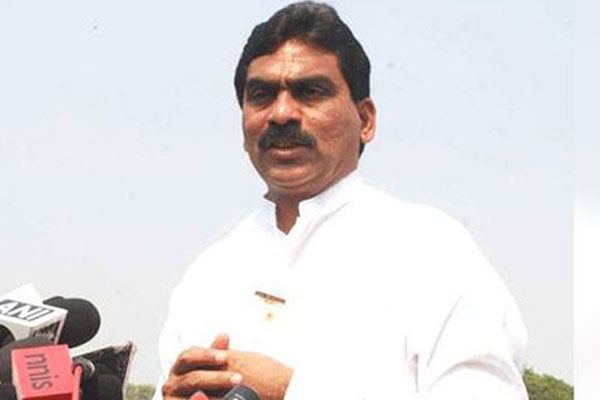 Ex-MP and Survey Specialist Lagadapati Rajagopal has taken the ultimate decision. He has said good bye to election surveys. He had already said at the time of releasing his poll survey at Tirupati that he would not give his predictions in future if his current survey on AP fails. It is a painful decision for him as he had already quit politics after the failure of Samaikyandhra agitation that was waged to keep AP united. He faced serious criticism for the failure of his Telangana survey in 2018.

Rajagopal’s prediction on present AP election was that TDP would win 90 to 110 MLA seats while the YCP would get 72 +/- 7 seats. The actual poll results had totally proved his survey wrong. YCP had won 151 seats while TDP had to be satisfied with just 23 seats with Jana Sena winning remaining one. No independents have won.

Rajagopal conveyed his best wishes to CM-in-Waiting YS Jaganmohan Reddy on his spectacular victory. At the same time, he called upon TDP boss Chandrababu Naidu to play the role of a constructive opposition party. Rajagopal expressed regret for the failure of his AP survey and he asked for pardon if his survey had hurt anybody in any manner.

A day ahead of exit polls, Ex MP Lagadapati Rajagopal created a sensation with his indirect hint at the undoubted victory of the TDP. He made a subtle but definite statement. Telangana voters chose KCR’s Car as that state had a rich budget. AP has got a deficit budget which is why these voters chose TDP Cycle. Social media is abuzz with reactions to this. Lagadapati is going to release his exit poll predictions at 6 pm in Tirupati. His statement triggered pro and anti-TDP comments on social media. The YCP fans threatened to target Lagadapati once Jaganmohan Reddy assumes charge as the chief minister.

Another Jagan fan said that Telangana people had a rich budget and they chose AC Car while AP voters chose YCP Fan as they have a deficit budget. Lagadapati’s failed projection in Telangana 2018 polls was also recalled by some respondents who say that exact reverse will happen in Andhra favouring Jagan. Another YCP sympathiser said that naturally, everybody would prefer an AC Car but nobody will ride Cycle in hot summer which is why they will be happy with fan.

Lagadapti opens up on his predictions failing during TS elections 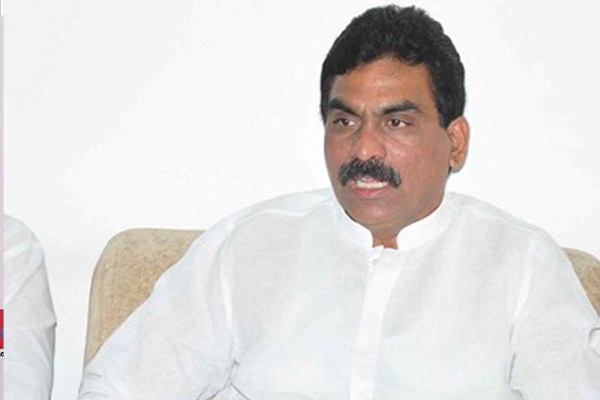 Many people in Telugu states remember Lagadapati Rajagopal as Andhra Octopus, who predicted the results of many elections accurately, rather than as a former member of parliament. However, his predictions during Telangana elections went miserably wrong and he lost credibility. However, many people still believing it as just an aberration and eagerly waiting for Lagadapati’s prediction for AP results.

Lagadapati attended NRI meet and greet event held at California and opened up on TS results. He told, he will reveal the exact reason why his predictions failed during Telangana elections on 19th May. He told, he will also announce his predictions for AP results on the same day. However, he added, ‘welfare and development’ will win this time and the statement interpreted by many as a pro-TDP statement.

Until May 19th, there is a ban on exit polls and so Lagadapati cannot reveal the predictions now even if he has data available. So, we need to wait till May 19th to know two things – one, predictions for AP and two, what went wrong with Lagadapati predictions during Telangana elections.

Complaint on Lagadapati for misleading voters

It is known news that Andhra Octopus Lagadapati’s predictions gone miserably wrong this time. The final results are nowhere near to the numbers predicted by Lagadapati. Now, TRS leader complained to election commission on Lagadapati for misleading voters with mal-intent.

Lagadapati earlier predicted Praja kootami led by Congress will win 65 seats (+ or – 10), TRS 35 seats (+ or – 10), TDP 7 (+ or – 2) , independents around 8-10 seats. However TRS won 88 seats out of 119 seats. Lagadapati didn’t give any clarification after the results yet, though he told in Tirumala that he shouldn’t have talked politics in Tirumala. But his announcement about predictions just before the elections is landing him into trouble.

Now a smalltime leader in TRS, Venkataramana Reddy complained to Election Commission on Lagadapati for misleading voters with malintent. He wrote in his complaint that Lagadapati revealing the predictions before elections is against the rules of election commission and urged EC to take legal actions on Lagadapati.

We will have to wait and see how EC responds on this complaint. 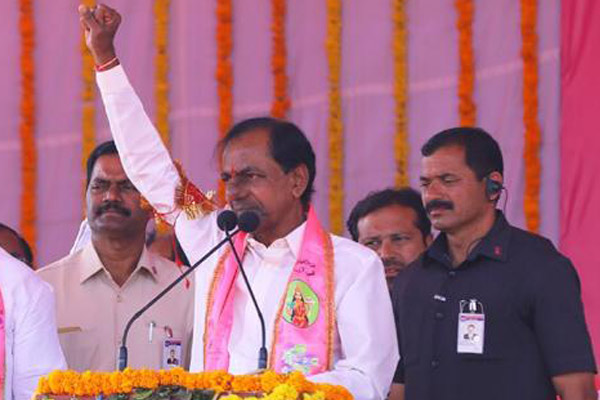 TRS chief and CM Chandrasekhara Rao unleashed his anger in his usual inimitable style at former MP and former Congress leader Lagadapati Rajagopal for leaking part of his survey details. KCR dismissed Lagadapati survey as a mere trash one and called it the act of those ‘sannasulu’ (sanyasis) who tried hard to oppose the Telangana agitation but eventually failed to prevent separate statehood.

KCR used his Telangana style language calling the acts of Lagadapati and others as ‘vekili makili surveys’ (rubbish, baseless surveys). TRS chief is clearly disturbed by the survey leaks in which Lagadapati told media that a lot of independents would win in the present Telangana elections. The former MP indicated that some 8 to 10 independents would have a chance to emerge winners all over the state.

Lagadapati’s predictions became a hot topic in political circles. A former Congress leader, his remarks were also seen with suspicion among Prajakutami leaders as well. Lagadapati is not with any political party right now. His open opposition to Telangana formation at the height of agitation was well known. Lagadapati had gone out of active politics after taking a vow over political twist in the state.

Lagadapati also said Bahujan Left Front nominee K. Shiva Kumar Reddy would win in Narayanapet segment in Mahbubnagar district. Reddy cannot be seen as an independent as he is part of a smaller alliance and also a rebel candidate who quit the Congress party after denial ticket. Lagadapati also predicted win of Anil Jadhav in Bodh ST segment in Adilabad district.

Today ABN Andhra Jyothi channel telecast program on Lagadapati RG flash team survey done in the state of Andhra Pradesh to analyse the response of people on various issues. ABN Andhra Jyothi said, the survey was done by Lagadapati RG flash team and it attempted to get answers on 5 questions from the people. Below is the list of questions and survey results.

Question 1:
Do you think Modi did injustice to AP or not?

Most of the people believe Modi did injustice to AP.

Question 2
Whom do u vote if elections happen now?

Remaining percentage is either OTHERS or Not yet decided. As per survey results, TDP is leading with 44.04% if elections now.

Question 3:
How many seats each party will get?

As per survey results, TDP is leading with 110 seats.

Question 4:
Who is fighting for special category status?

As per survey results, TDP is leading in the fight against center on Special category status.

Question 5:
Are you satisfied with CBN performance?

As per survey results, CBN has satisified 53.69% people with his performance.

Region wise break up for question 2 i.e. Whom do u vote if elections happen now?

ABN reporter’s analysis and observations from Survey – that also go well with TDP supporters as below:

Common questions audience will get after seeing this Survey results and the points that are raised by people who are not strong supporters of TDP:

Three days ago former Congress MP Lagadapati Rajagopal had met Chief Minister Chandrababu Naidu in Amaravati. It was not first time that the two leaders met in the last four years and may not be the last before the next round of elections. Though Lagadapati is keeping himself away from active politics, it is said that he is planning to return to the active politics before the next elections.

Though he had quit the active politics after his failure to stop the State bifurcation, he continues to be active in his popular election surveys. His surveys are said to be more accurate and is known as Andhra Octopus. There have been many election surveys circulating in the social media claiming to be the survey of Lagadapati. Everyone takes a look at the survey if it is tagged as Lagadapati’s survey.

On his last week’s visit to Amaravati, Lagadapati had reportedly handed over a detailed note on his latest survey. It is said that the former MP had also given a pack of sweets predicting the Telugu Desam Party’s victory in the next election too. The survey had reportedly given 130 seats to the TDP in the next election, which had placed the TDP in comfortable position, which Chandrababu Naidu himself did not expect. As Lagadapati’s surveys are accurate and trusted by many, Chandrababu Naidu had reportedly expressed his joy on seeing the survey data.

The TDP chief had also reportedly told some of the Ministers and legislators from Guntur district that the survey was surprising and comfortable. While it is too early to make any guessing on the next elections, the survey is keeping the ruling TDP leaders relax and make political moves accordingly.