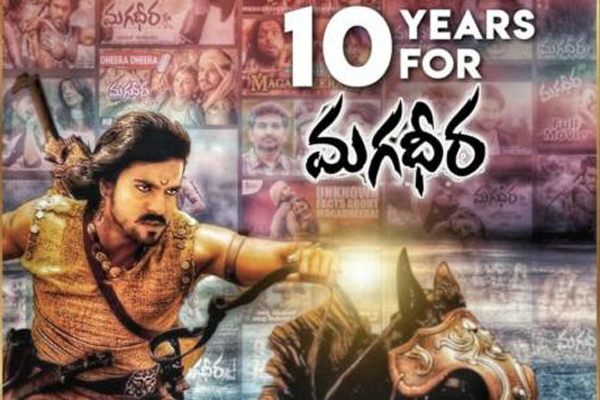 Ten years down the lane, released the film that not only rewrote the box office history of Tollywood, as well as India, but also laid the foundation for what was going to be the biggest film franchise India ever witnessed. The former was Magadheera and the letter is Baahubali franchise.

The film not only opened at very high note but the legs were simply extraordinary. There was no record which Magadheera wasn’t top at. The film had an extraordinary ₹20 crore Week One share in Telugu state, but what was even more extraordinary was the over 3x legs to ₹62 crore, now that’s something even the low opening films fail to achieve. In fact, the two leggy medium budget blockbuster recently, F2 and Geetha Govindham were barely able to double their first week. When compared with the likes of Baahubali 2, Baahubali or Rangasthalam, they weren’t even double of their first week.

Below are the records created by Magadheera during it’s run:

1. Day One, Weekend, Week & Lifetime records for any Telugu Film.

4. Created lifetime record in each and every territory in the Telugu States which was not attained by any other film in 2000s. 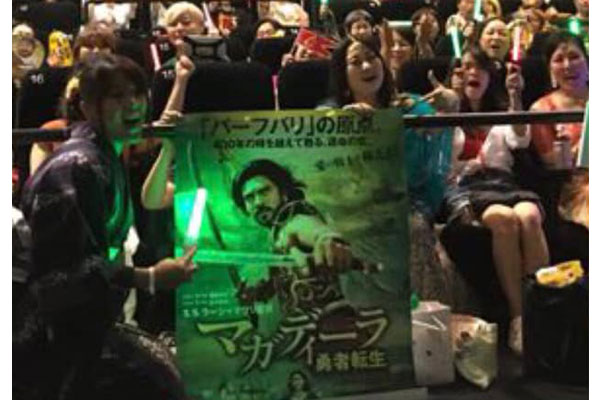 Ram Charan thanked Japan audience for making Magadheera a very big hit in their country. He posted through his facebook account about this and recalled it is 10 years since Magadheera.

Ram Charan posted, “Thank you Japan.. feel really blessed and humbled with all the love showered upon us. This will always remain close to my heart.. A big thank you to @ssrajamouli garu for this memorable film. Can’t believe it’s been 10 years already.. #feelhumbled #magadheera#10yrsofmagadheera  “

It is known news that, Rajni’s “Muthu ” that was released 20 years back got 1.6 million dollars and became the biggest Indian movie in Japan. Bahubali could not break Muthu record as it got 1.2 million dollars only. However, Magadheera, went on to collect 1.77 million dollars in Japan and surpassed the collections of Muthu and Bahubali . Today Ram Charan thanked Japan audience for their love on that movie. 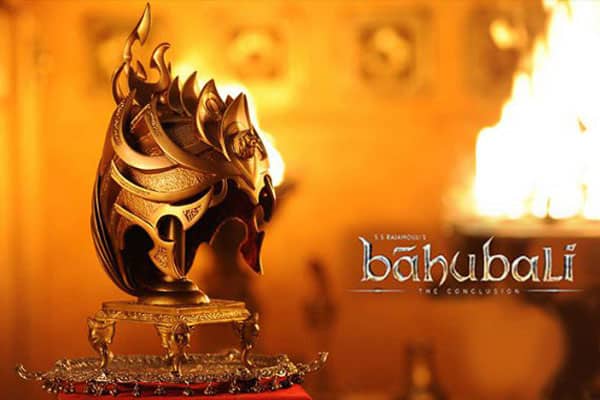 The Visual Effects (VFX) industry in India has a bright future as more and more top filmmakers will soon be looking at high-end fantasies. And, Indian mythology with its plethora of epic stories, has a lot of fantasies to offer, says Kotha Basi Reddy, the pioneer of digital technology in Indian films.

“VFX industry is going to grow after ‘Baahubali’. The films will involve a lot of computer graphics (CG) because (director Raj Mouli) has shown that visualisation of fantasy is the most important thing in movies,” Reddy told IANS in an interview.

“Hollywood movies go all over the world with so much CG and special effects because of fantasy. People love it,” said Reddy, who introduced digital technology into movie-making in India in 2003.

Reddy owns Digiquest, a VFX and animation studio that has contributed to the making of over 400 movies, including “Baahubali”, “Magadheera”, “Eega”, “Katmarayudu” and “Kick”.

He felt Indian mythology could provide the best subjects for such movies. “In Indian mythology there is so much of sci-fi. It’s not even funny. We talk about Ravana flying on a plane and taking Sita with him. There are many epic stories from Ramayana and Mahabharata,” he said.

Referring to the Hollywood movie “Avatar”, he said it was a blend of Rama and Hanuman. “The whole world is learning from us, taking away things from us, but we have failed in creating a brand.”

Reddy believes that if movies based on Indian mythology with VFX and CG are made, the whole world would watch them. He felt that Indians have the ability to make such films as work for many international projects is done here.

“Would you believe that the tiger in ‘Life of Pi’ is not a real tiger but a digital one,” he asked and pointed out that most of the work on this movie was done in Hyderabad.

He admitted that Indian audiences don’t watch much animation and the movies are largely star driven. “This will change as new kids are coming. Digital will have a big role. You will see young stars making movies which will be internationally acceptable. It will no longer be song and dance movies.”

Reddy recalled that he brought costly digital equipment in those early years with a huge investment. “The technology has changed a lot. I brought a digital camera which then cost $99,000. Today the same camera costs not even $99,” said Reddy, who has so far invested Rs 30 crore (almost $5 million) in his studio.

Though the revenues of Digiquest had reduced by half to Rs 3 crore as all production houses have gone 100 percent digital, Reddy is happy that he contributed to the growth of the sector.

“I did not return to India from the US to make money,” said Reddy, a founding member and former Vice President of software services firm Infotech, now known as Cyient.

He is proud to have been part of the process that democratised the film industry. “Youngsters, through short films, are showcasing their talent. Their films are getting millions of hits from all over the world.”

Reddy is now trying to address the issue of manpower and has set up an academy offering courses in movie-making, visual effects, animation and game design.

“Our equipment is free not just for students of the academy but also others who bring a good script. The short movies will be uploaded on our channel and we will share the money,” said Reddy, who has so far produced eight short movies.

Reddy has a dream of making an Oscar-winning movie. “It will be in animated format and I will work with my students to make it,” he said.

Reddy, who is a member of CII National Media & Entertainment Committee, lamented the government is doing little to create better opportunities for creatively talented people. “There is so much of educational, research, simulation and training material to be created in the digital format in this country that we don’t have enough people,” he said. 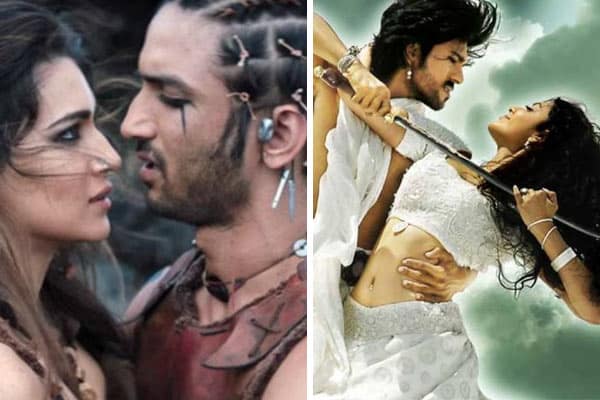 Bollywood top producer Dinesh Vijan is making his directorial debut with Raabta and the trailer made huge noise all over. Sushant Singh Rajput and Kriti Sanon played the lead roles in this romantic action drama and several fans posted on social media that the film has many similarities with Telugu blockbuster Magadheera. It is during this time, Allu Aravind’s Geetha Arts started legal proceedings on the makers of Raabta.

Both the parties appeared in the court and the decision has been out. After both the parties battled for over five hours, Raabta won over Magadheera and the verdict came out in Raabta’s favour. The makers of Raabta showed several differences right from the script along with the storyline and the presentation. The makers of Raabta presented everything from the beginning of the pre-production with which the court has been convinced. The court declared that Raabta has no similarities with Magadheera. The film has been screened specially for the court along with the makers of Magadheera. 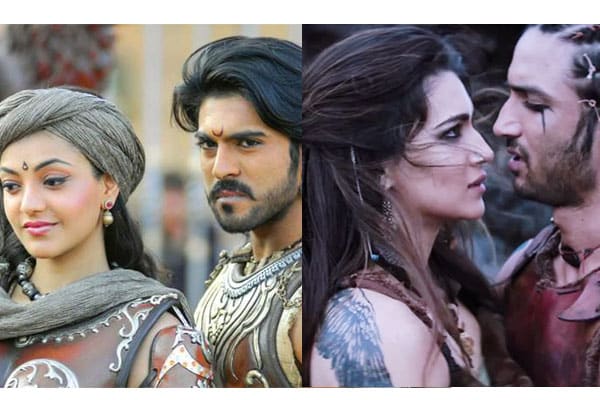 Geetha Arts honcho Allu Aravind has recently sent a legal notice to the makers of upcoming Bollywood film ‘Raabta’ accusing them of copying the story of his production venture ‘Magadheera’. In a dramatic twist, Getha Arts, the accuser, has now been accused of stealing the ‘Magadheera’ story in the first place.

A senior Telugu novelist named SP Chary has now come out in open alleging that the story of his book ‘Chanderi’ was copied and made into a feature film, ‘Magadheera’. He said that his story also deals with the reincarnation of lovers. He alleged that he had sent a notice to Geetha Arts in the past but didn’t receive any response. Rajamouli’s father K Vijayendra Prasad was credited as the film’s writer.

Earlier, responding to the legal notice sent by Geetha Arts, director-producer of ‘Raabta’, Dinesh Vijan clarified that a lot of films were made on reincarnation theme and that his film also is one of them. ‘I am a big fan of Rajamouli sir and I will never copy his work. I have no problem in screening my film to him as the screenplay of my film is completely different from Magadheera’s. The only similarity between the films is the reincarnation of lovers,’ he said.