A Special village set for Maharshi 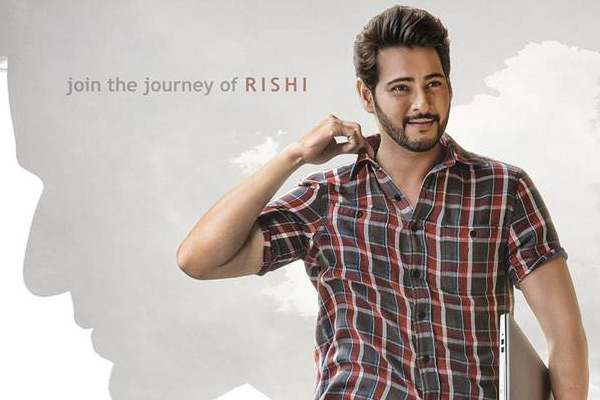 Superstar Mahesh Babu is busy shooting for his next film titled Maharshi which has been slated for April 2109 release. Vamshi Paidipally is the director and the shoot of the film is taking place in USA currently. Mahesh plays an NRI businessman who owns a software firm in USA. Allari Naresh plays his close friend in the film and Mahesh returns back to his village for his friend.

Most of the second half of Maharshi has been set in the backdrop of village and the makers are in plans to erect a small village set in and around Rajamundry. A special house set will be erected and most of the second half will take place in this set. The shoot of Maharshi will start in these special sets from December. Pooja Hegde is the heroine and Devi Sri Prasad is composing the tunes. Dil Raju, Ashwini Dutt and PVP are the producers.

Maharshi : No overshooting of budget 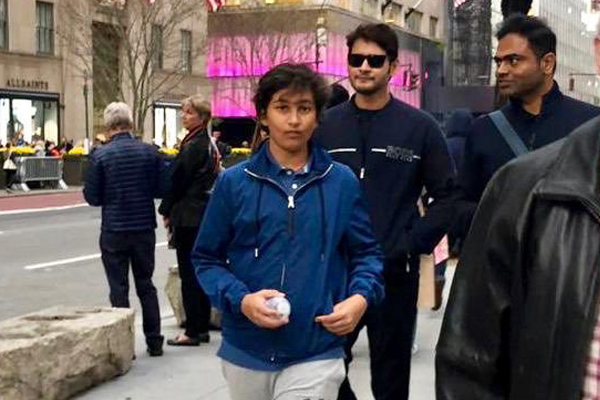 Producer Dil Raju is known for his sensible filmmaking skills. He plans very prudently while spending budget on his films. For his upcoming film Maharshi with Mahesh Babu, he is very cautious about the budget.

Director Vamshi Paidipalli wanted to shoot majority of the film in abroad as the story demands to do so. An extensive pre production work has also been carried out there. But, Dil Raju doesn’t want to overshoot the budget. He suggested to cut short the US schedule as much as they can and complete it in less than three weeks.

Accordingly, team Maharshi has decided to shoot only some portions in US and remaining episodes will be canned inside special sets in India. Dil Raju wants to sell the film for reasonable prices in all areas. So, he is planning the project very judiciously and putting a cap on the budget.

The film is slated for Summer release in 2019..

The actor plays the CEO of a multi-national software firm based in USA in the film and those scenes are currently canned. A picture in which Mahesh sports a stylish look in casuals and wearing a blazer is making rounds across internet. Vamshi Paidipally is the director and Pooja Hegde is the female lead. Bankrolled by Dil Raju, PVP and Ashwini Dutt, Maharshi will release during summer 2019. 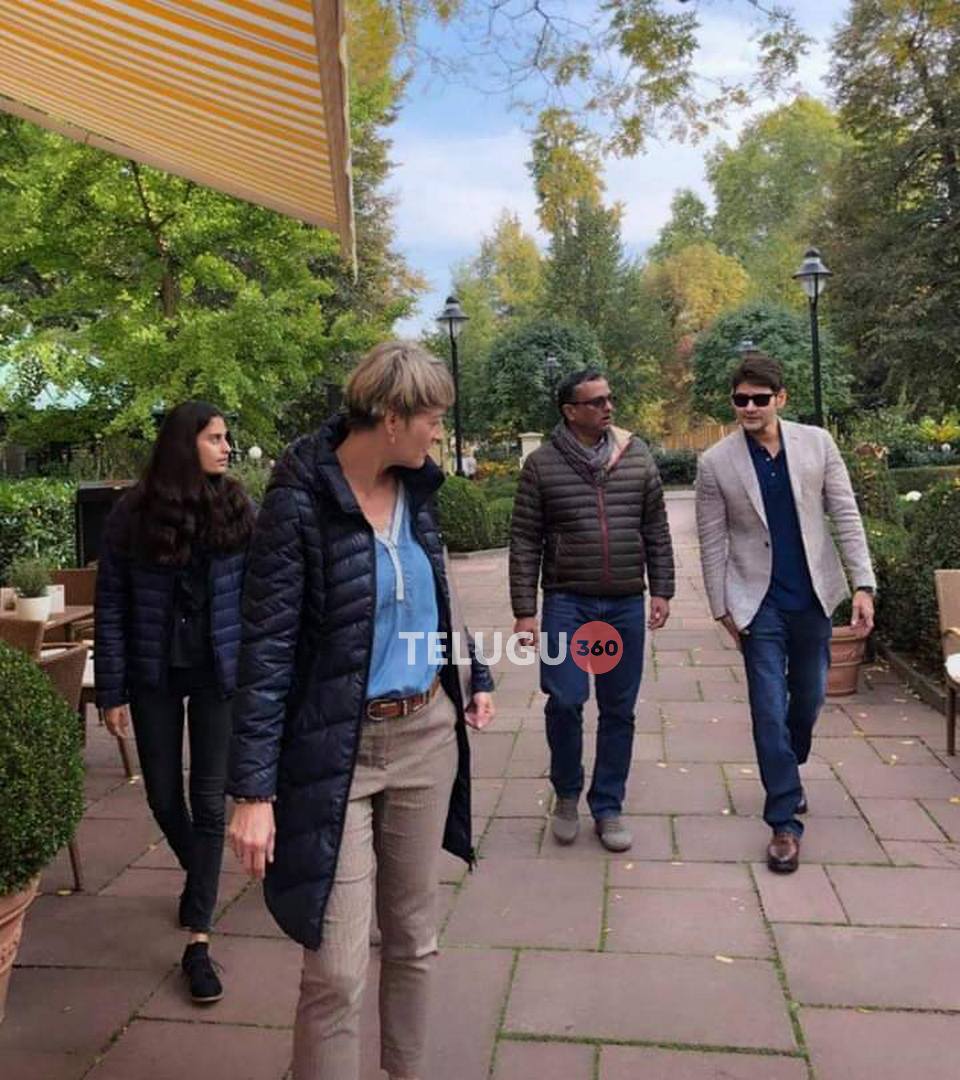 Decks cleared for Maharshi US schedule 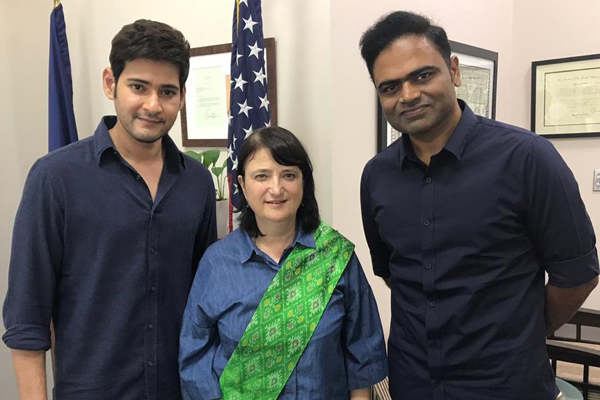 The unit of Superstar Mahesh Babu’s landmark film Maharshi is all set to commence shooting in abroad very soon. As per the latest reports, team Maharshi has been granted visas by the US authorities and the makers are planning shoot an extensive part in New York and other exotic locales.

The US schedule was deferred a couple of times as the visa applications have been kept pending due to several reasons. Now, all decks have been cleared and the team will fly to US shortly. Pooja Hegde and Mahesh will shoot some prominent scenes in this long schedule which will be wrapped up in November.

After this schedule, the team will return to Hyderabad for the final portion of the shoot. Vamshi Paidipalli is planning to complete the shooting formalities by early next year and release the film in April. 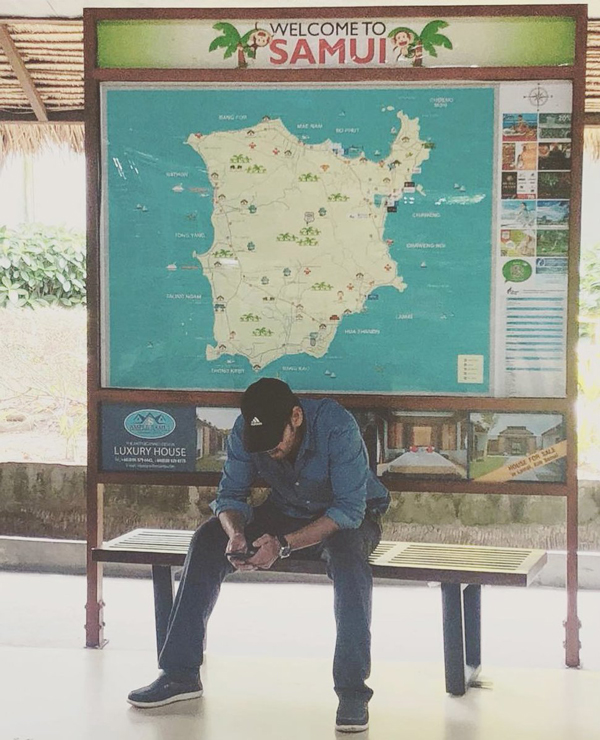 Superstar Mahesh Babu always finds time to chill out with his family. Despite busy schedules, Mahesh spends quality time with family and friends in foreign tours. Mahesh is currently on a short vacation with his wife Namrata in Thailand.

After shooting nonstop for his upcoming film Maharshi, Mahesh took a small break to have a vacation in Ko Samui island in Thailand. He will return to India shortly and will head to USA for a major schedule which will commence in October.

Maharshi is Mahesh Babu’s 25th film which is directed by Vamshi Paidipalli. Dil Raju, Ashwini Dutt and PVP are jointly bankrolling the film. 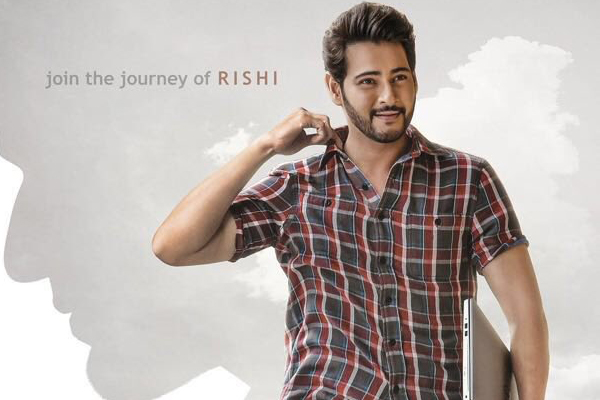 Superstar Mahesh Babu is taking no break for his upcoming film Maharshi. Directed by Vamshi Paidipalli, Maharshi is Mahesh Babu’s 25th film as hero and it is produced by Dil Raju, Ashwini Dutt and PVP.

The shooting is progressing at a brisk pace to complete the talkie part in time. Mahesh and team Maharshi are not taking a break on Vinayaka Chaviti festival and busy with shoot. Currently, some prominent scenes involving Mahesh Babu are being shot in this schedule.

After wrapping up this schedule, the entire team will head to US to shoot for a couple of months there. Pooja Hegde will join the team there. The film is slated for April 5th release 2019.

140 days for Allari Naresh in Maharshi 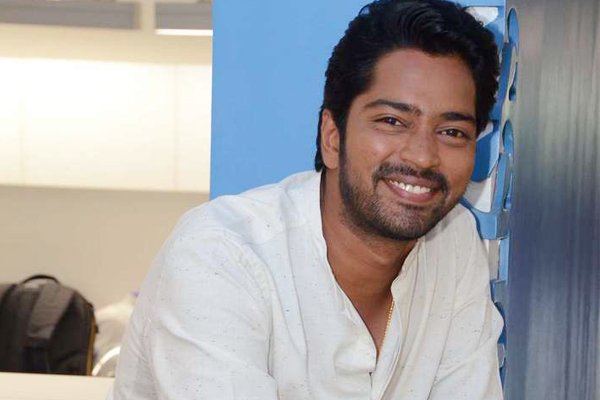 Superstar Mahesh Babu is shooting for his next film titled Maharshi in the direction of Vamshi Paidipally. Young comedian Allari Naresh has been assigned a pivotal role in this emotional drama. Mahesh and Naresh play close friends in Maharshi and Allari Naresh shot for the film for over 40 days during the Dehradun schedule. Now during his recent media interaction, Allari Naresh revealed that he has 100 days of shoot left to wrap up his role.

Allari Naresh will be shooting for 140 days for Maharshi which means that he has a full length role assigned in the film. The film’s twist unfolds with the role of Naresh and because of him, Mahesh who resides in USA returns back to his village. Large shooting schedules have been planned and Vamshi is in plans to wrap up the shoot by the end February next year. A massive schedule in USA has been planned and the movie unit will fly there this month. Pooja Hegde is the female lead and Dil Raju, PVP, Ashwini Dutt are the producers.

Maharshi will release all over on April 5th next year.

Maharshi : Extensive US schedule to kick off soon 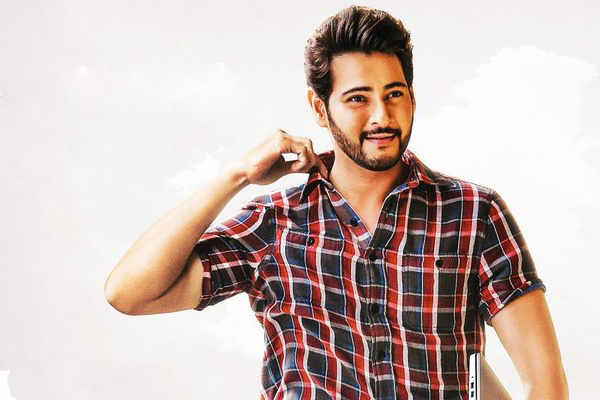 Superstar Mahesh Babu’s landmark 25th film has been titled as Maharshi. The regular shooting has been progressing at a brisk pace ever since it started rolling. Already, the team has wrapped up a back to back hectic schedules in Dehradun and Goa.

As reported earlier, the film will be extensively shot in USA. So, the team will fly to USA in the second week of September for a two month nonstop schedule in which major portions will be canned. With this schedule, majority of the talkie part will be done and dusted.

The film has already been confirmed for Summer release in 2019. Directed by Vamshi Paidipalli, the film has Pooja Hegde and Allari Naresh in prominent roles.

Veteran heroine lands in a crucial role in Mahesh’s Maharshi ? 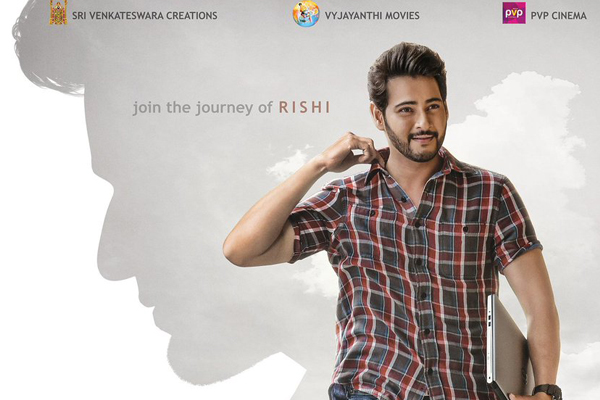 Superstar Mahesh Babu is shooting for Maharshi in the direction of Vamshi Paidipally and the film is said to be an emotional entertainer. Mahesh’s look already left his fans in absolute delight. If the latest speculations are to be believed, veteran actress Jayapradha will be playing a crucial role in Maharshi.

Jayapradha will be playing Mahesh’s mother in this film and this news has been making rounds across Tollywood circles. While Pooja Hegde is the heroine, Allari Naresh will have a prominent role assigned. Bankrolled by Dil Raju, PVP and Ashwini Dutt, Maharshi has been announced for April 5th 2019 release. The shoot of Maharshi is currently taking place on a brisk pace in Hyderabad.

Maharshi to have a fine blend of entertainment and emotion

Superstar Mahesh Babu’s 25th film has been titled as Maharshi. The style personified first look poster of Mahesh as a college goer has evoked a solid response and hinted that his mannerisms will cut across younger generation audience.

It is learnt that the first half of the film is filled with college drama with scenes involving Mahesh Babu, Allari Naresh and Pooja Hegde. These episodes have shaped up very convincingly, as per reliable sources.

Mahesh Babu is once again playing a well-heeled person like he appeared in Srimanthudu and Bharat Ane Nenu and he takes up a noble cause which is the core theme of the film. He is going to be seen in a very stylish avatar with new mannerisms.

While the first half is going to be very entertaining, the second half of the film will be an emotional roller coaster ride for audience. Vamshi Paidipalli bagged brownie points for his narration in Nag’s Oopiri. He is also known for handling youthful elements quite well in films like Brindavanam and Munna. So, Maharshi is surely going to be a wholesome treat for audience if he weaves an appealing plot with good emotions and ample entertainment.

Mahesh to host a lavish party in Goa 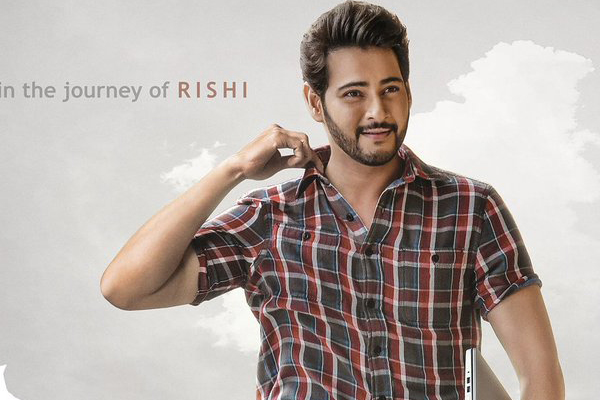 Superstar Mahesh Babu is celebrating his birthday today and his fans have been left delighted with the first look poster which has been out on the occasion. His next film directed by Vamshi Paidipally has been titled Maharshi and the actor threw a party to his close friends and family members at his residence last night. Mahesh along with his team will fly to Goa this afternoon and the next schedule will commence from tomorrow. The entire unit will return back to Hyderabad on August 14th.

Mahesh will host a special party to the team of Maharshi today in Goa this evening on the occasion of his birthday. The entire movie unit along with Dil Raju, Ashwini Dutt, PVP will participate in the lavish party. Pooja Hegde is the heroine and Allari Naresh will play a pivotal role. Maharshi has been slated for April 5th 2019 release. 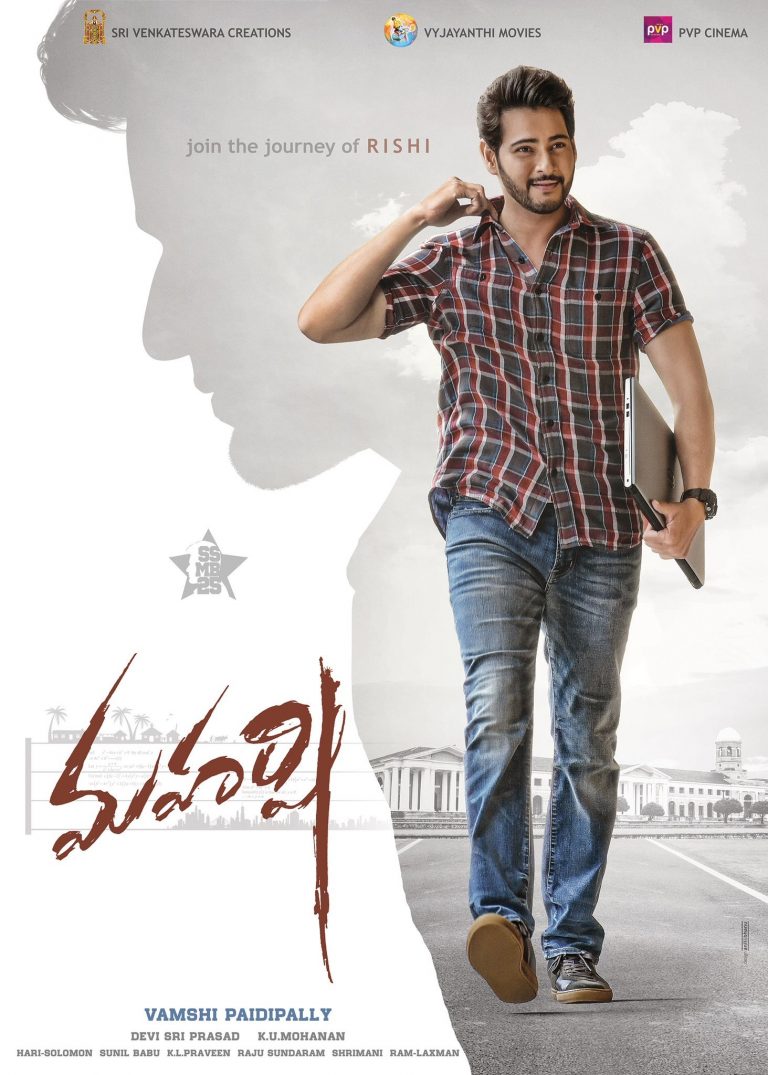 After sporting a regular look in all his recent movies, Superstar Mahesh Babu went for a striking makeover in his landmark film which is being helmed by director Vamshi Paidipalli. The first look poster of this highly anticipated film has been unveiled a while ago on the eve of Mahesh Babu’s birthday and it is set to wow his fans to the fullest.

In the poster, which reveals the title as Maharshi, Mahesh Babu is seen sporting a dazzling and stylish look with thick beard and cropped hair. He is in his vintage walking style holding a laptop in one hand and raising a collar with the other hand. His age defying looks and the stylish demeanor are likely to send fans into raptures.

It has already been revealed that Mahesh Babu’s name is Rishi in the film.Svelte beauty Pooja Hegde is Mahesh’s co-star in this film and Allari Naresh is playing a significant role. Devi Sri Prasad is rendering the soundtrack for the film. Dil Raju, Ashwini Dutt and PVP are jointly bankrolling the film on a massive budget.