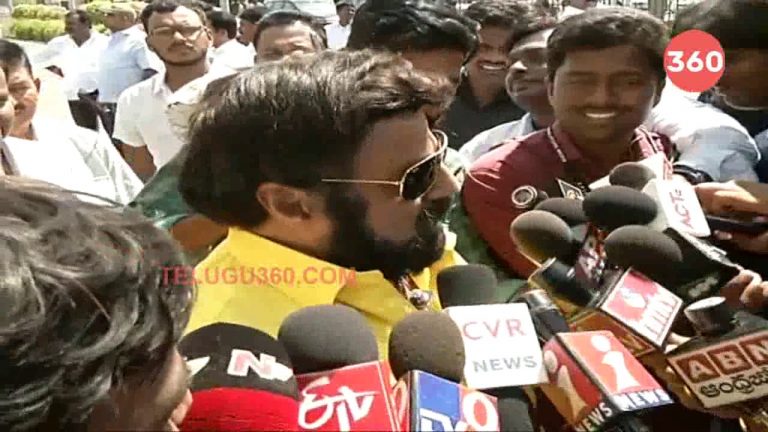 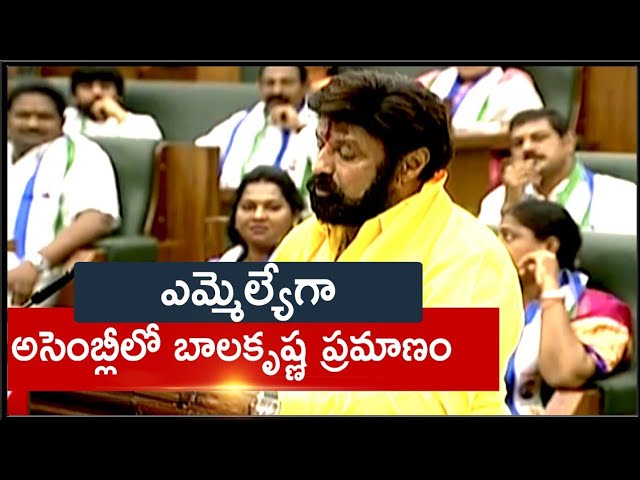 Nandamuri Balakrishna’s successor Mokshagna turned out to be the topic of discussion but there has been no big news about his Tollywood debut. There are a lot of speculations that he is not interested in films and is leading a comfortable life. Mokshagna loves to hang out in a coffee shop in Filmnagar, Hyderabad with his limited friends. Mokshagna has been spotted recently in the city and the picture is now trending across the internet.

Balakrishna celebrated his birthday yesterday but he made no announcement about the debut of Mokshagna. His fans who are eagerly waiting for the big announcement are left disappointed. We will have to wait for some more months to get good clarity about the debut of Mokshagna. The youngster looked super fit and lost enough weight in the recent click. 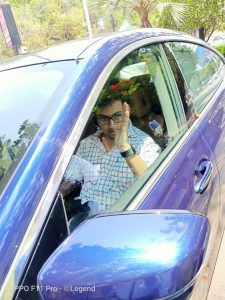 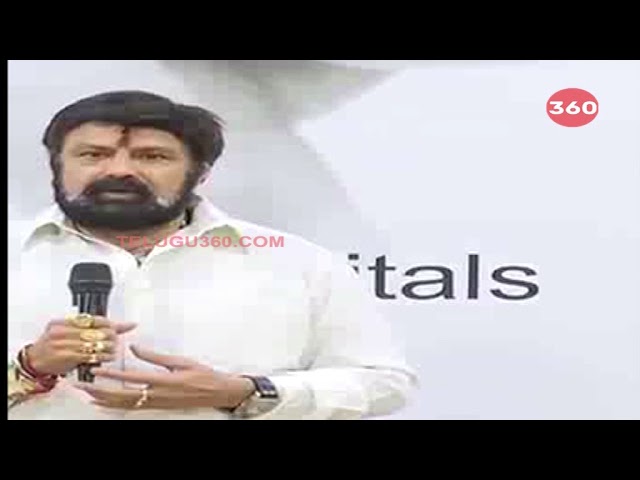 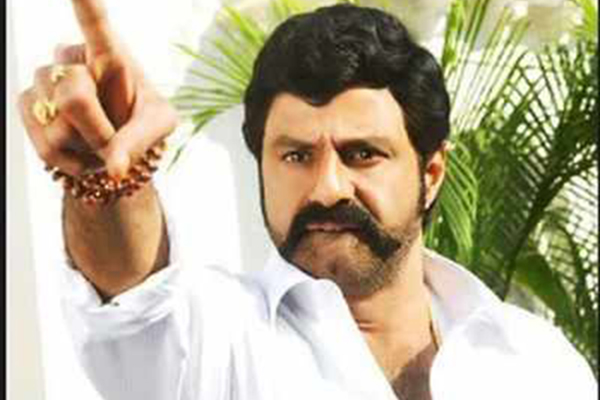 Nandamuri Bala Krishna does it again. He has attacked Mojo TV cameraman today and he used the foulest words on him. He saw the cameraman coming towards him and thought he was recording something and asked him to delete the video. The cameraman replied he didn’t actually record anything. Then Bala Krishna shouted at him calling him “Rascal”. He even threatened the life of the cameraman. He even told, he will throw a bomb on him. He went on uttering foul words on the poor guy. The channel itself couldn’t show the words Bala Krishna used and muted them.

It seems this actor and MLA thinks he is in a different world. The world in which he can beat anyone and use foul words on anyone. The world in which he belongs to a separate breed and in his veins flows separate blood that is different from the blood of normal humans. He can verbally abuse anyone, including other heroes like Chiranjeevi and even national level stars like Amithab Bachan. He can even abuse the mother of the prime minister of the country and yet no one can question him. He calls the people ‘ low-class #$%@#’ in front of the camera. He will talk cheap about women and indirectly refers he exploited many women (nenu ekkani ethulu levu, nenu choodani lothulu levu). Yet he gets away with all of these. Even if some murder attempt happens on a producer in his house and all fingers point at him, he can come out clean and act in movies in which he fights for people and masses. And then he contests elections and wins in the elections.

His track record as MLA can be said, ‘poor’ at the best. It is known news that outsourced municipal workers of Hindupur, who were agitating against G.O. 279, threw garbage in front of his house to display their anger on the leader they elected. People of the constituency even complained to police that their MLA is missing, a sarcastic way of saying their chosen MLA was not available to them at the constituency.

But not many media channels will show all this. They will wait for his interviews in which he talks gibberish. They will run stories saying he is “childlike” and a good person at heart and that becomes an excuse for all the shitty things he does in public.

We are living in a democratic society. MLA attacking and abusing a journalist or a reporting cameraman is a serious issue. Defeating him in the elections is a separate thing, but does he get punished for what he has done today. Journalist unions, media channels, so-called intellectuals… are you still awake??

Nandamuri Balakrishna‘s 99th film Dictator is progressing quite well. The team is shooting non stop since its launch and the makers are desperate to release the film for Pongal. After completing the first two schedules in Hyderabad and Europe, the team took a short brief. Now, they are again shooting in Hyderabad.

Recently, some action sequences were shot and they are now canning important scenes in various locales of Hyderabad. The principal cast is taking part in the shoot. Sriwaas is directing this action Entertainer and Eros International is producing it.

Anjali and Sonal Chauhan are the heroines in the film and SS Thaman is scoring the music. 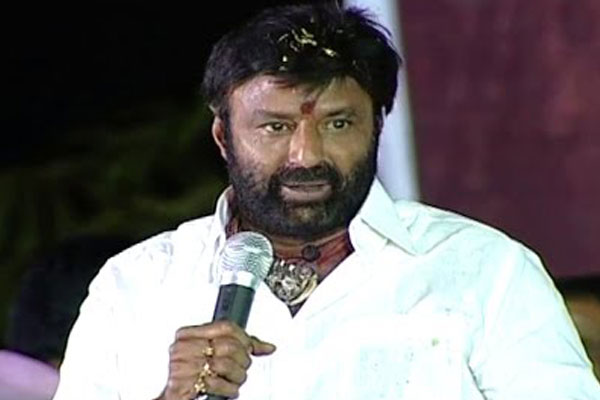 Actor turned politician Nandamuri Balakrishna announced that he is making efforts to set up a modernised cancer hospital in Andhra Pradesh. Speaking to the media yesterday, Balakrishna, the Hindupur MLA and the managing director of Basavatarakam Indo-American Cancer hospital and research institute(BIACH&RI), stated that he is currently in discussions with the trust members of BIACH&RI to extend the modernised facilities to the patients batting cancer in Andhra Pradesh.

He is also in talks with the government to take the necessary steps towards setting up the hospital very soon.He added that more details will be announced after the foundation stone for the state capital, Amaravathi, is laid. He is currently busy shooting for his 99th film, ‘Dictator’, in the direction of Sriwaas. The current schedule is progressing in Hyderabad.

Nandamuri Balakrishna is currently shooting for his 99th film, Dictator, in the direction of ‘Lakshyam’ fame Sriwaas. After wrapping up the Bulgarian schedule, the team took a brief gap and the makers released the first look poster and the Ganesha video song during Vinayaka Chaviti. The fresh schedule of the film commenced on the 20th of this month.

Currently, the unit is canning a crucial episode which is said to be the interval sequence in the film. The filming is being carried out in the locales of Hyderabad. The principal cast is taking part in the shoot.
Anjali and Sonal Chauhan are playing the female leads in the film. SS Thaman is scoring the music. Eros International banner is producing the film and Sriwass is the co-producing it. 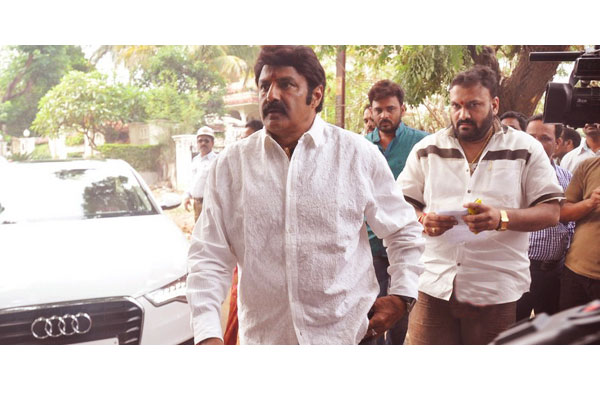 Hindupur TDP MLA, Nandamuri Balakrishna faced a tough and embarrassing question from a journalist in Anantapur. Though not known for witticism, Balakrishna this time round demonstrated the astute politician hiding inside the actor.

The question was, “Would you work to satisfy your fans aspirations by becoming chief minister of Andhra Pradesh? Are you not aspriring to become chief ministers?”

Balaiah, as he fondly called by one and all, denied having any dream of becoming chief minister in a cryptic way. The actor-MLA was in Anantapur yesterday to attend the swearing-in function of Ghouse Mohiuddin, who was appointed chairman, Anantapur Zilla Ganthalaya Samstha. Replying to the journo, he said, “ I have never aspired for any position either in party or in government. I tell you, positions should come calling. And I am not the one to hanker for the positions,” he clarified.

He had so cleverly handled the situation that he put responsibility of giving away posts and positions on the fans. “You were messengers of NTR and you made him the chief minister. You made me an MLA with your love and affection . You will always get suitable positions in the TDP to leaders like Ghouse ,” he added leaving scope of multiple interpretations. He said that the Nandamuri family would always remember the love, affection and loyalty of the fans.

Nandamuri Balakrishna is currently shooting for his 99th film, Dictator, in the direction of ‘Lakshyam’ fame Sriwaas. The first look poster and the Ganesha song, which were released a couple days, have been creating a lot of buzz among the audience and augmented the hype on the project. Recently, the unit wrapped up a hectic schedule in Bulgaria after canning a couple of songs and some crucial scenes between Anjali and Balakrishna.

As per the latest update, the fresh schedule of the film kick started from today in Hyderabad. Some crucial scenes featuring the principal cast are being shot in this schedule. The makers are planning a hectic schedule in Delhi after the completion of this schedule. The film is gearing up to hit the screens in January next year. Sonal Chauhan is playing the second heroine in the film. SS Thaman is scoring the music. Eros International banner is producing it and Sriwaas is the co-producer for this film.