Ever since YS Jagan Mohan Reddy has announced that poll wizard Prashant Kishor would work for the YSRCP, there is disquiet in the party. Several leaders are upset. They feel that his highhanded ways and arbitrary decisions will do no good for the party. They strongly feel that his contribution to the YSRCP victory in 2019 is grossly overrated.

Even in the run-up to the 2019 elections, Prashant Kishor has behaved in a very high-handed manner, say YSRCP insiders. There were complaints that the Team PK did a clerical job by tabulating the details that the party leaders had diligently collected. YSRCP incharges, leaders, social media activists and booth committees worked hard while the IPAC claimed the credit. They took the leaders and cadres for granted, say sources. Now that the same PK team is going to come, there is dissent in the party.

Those who worked for the party before 2019 say that PK or his team members switched off their phones soon after the elections and remained accessible. They made many leaders spend huge money for the surveys, but stayed out of touch with them later. One leader from Prakasam district said that he was made to shell out nearly Rs 2 crore for Team PK’s work. But once the election was over, they stopped responding to his calls.

Several party leaders, who have bitter experiences of the past with them, are contemplating staying aloof from PK’s surveys. Some MLA ticket aspirants were made to cough up huge amounts and were finally refused tickets. They weren’t compensated either. This time around, they do not want to join the surveys and burn their fingers again.

Unpredictable poll strategist Prashant Kishor has on Thursday resigned as the principal advisor to Punjab CM Amarinder Singh. The resignation comes barely months ahead of the upcoming assembly elections early next year.

In a letter to Amarinder, he said: “As you are aware, in view of my decision to take a temporary break from my active role in public life, I have not been able to take over the responsibilities as your Principal Advisor. Since I am yet to decide on my future course of action, I write to request you to kindly relieve me from this responsibility.” Sources say that Prashant Kishore was given cabinet rank, but he never really has worked in that capacity.

Sources say that this shows Prashant Kishors’s focus on the Presidential elections next year and on the 2024 election, where he is planning to take on Prime Minister Narendra Modi. It is also likely that he is going to focus on bringing all non-BJP parties onto one platform to take on Modi. Sources close to him said that with his focus fully on the national politics and especially on 2024 elections, he felt that there was no use getting involved in state-level elections.

However, this decision is bound to rankle Amarinder Singh, who is facing a tough battle ahead especially because of the tension-filled relationship with cricketer-turned politician Prashant Kishor. Amarinder is also facing anti-incumbency and the Akali-BSP alliance is bound to give him a tough fight.

Behind PK’s activism: Is he trying to make Sharad Pawar President of India?

What is behind poll wizard Prashant Kishore’s sudden activism? The Lok Sabha elections are three years away and he has no stakes whatsoever in UP elections. He does have some stakes in Punjab elections, but BJP does not have any hope of forming a government there. So, even if PK is active in Punjab, it does not alter the ground position there.

But, one sees PK showing hectic and frenetic activity. He has been meeting non-BJP politicians regularly. He has met NCP’s Sharad Pawar, held talks with Mamta Banerjee, called on Stalin, spoke to TRS and is in touch with YS Sharmila in Telagnana. But more importantly, he met Rahul Gandhi and Priyanka Gandhi on Tuesday. Only AICC’s key office bearer Venugopal was present at the meeting.

Sources say PK’s immediate aim is not UP, not even Punjab. His interest is in the presidential elections. President Ramnath Kovind’s term will end in 2022 and there would be presidential election next year. PK is reportedly trying to make Sharad Pawar the presidential candidate. His aim is to make him the president o the country. As of now it is not clear whether the BjP will give Kovind another term or not. It is also not clear what its strategy is. But, PK feels that Sharad Pawar can be a very good candidate and he would be able to get votes from across the spectrum.

So he is trying to bring all the forces opposed to Narendra Modi on one platform. He is also said to be contacting fence-sitters like Naveen Patnaik, KCR and YS Jagan Mohan Reddy. As of now, the BJP enjoys a clear majority both the houses of Parliament and also in over 18 states, including Uttar Pradesh, Bihar, Gujarat and Madhya Pradesh, which are big states. So, the party is said to be confident of winning the presidential polls, but PK feels that there is a chance to rattle the BJP this time. Hence he is working hard to bring all the parties together.

Prashant Kishore vs Nitish Kumar – Will Prashant be expelled from party? 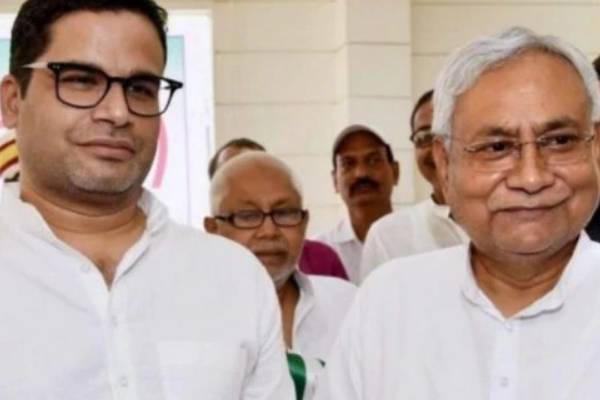 War between Janatadal United (JDU) vice-president Prashant Kishor and Bihar CM reached zenith as Nitish Kumar openly told today that, “if he (Prashant Kishore) wants to leave the party, it is ok”. He also made sort of sensational comment that Amit Shah asked Nitish to induct Prashant Kishor into their party. Prashant Kishore retaliated this and called Nitish a liar. This ongoing war between the president and vice president of the party is becoming a cause of concern for the party cadres and is keenly watched by political observers.

Prashant Kishore is known to common people as political strategist who was instrumental in Modi’s success in Gujarat assembly elections, Congress success in Punjab elections in 2017, and YS Jagan’s success in AP assembly elections in 2019. He joined Nitish Kumar led JD-U in September 2018. He is given vice president post in the party and he is considered as the number two in the party by the people of Bihar. He has been one of the chief advisors for Nitish Kumar since then.

Even though Prashant kishor joined JDU party, he didn’t stop his primary job of political strategist. He signed deals with Mamta banarji in West Bengal and Arvind kejriwal in Delhi. As everyone knows, Mamta and kejriwal are bitter rivals of BJP, Prashant kishor also has been sketching political strategies targeting the mistakes of BJP. He attacked citizenship amendment act of BJP, even though the bill was supported by JD U, for which is vice president. He also condemned NRC.

But while responding on Prashant kishor tweets, Nitish Kumar said that it is because of Amit Shah, Prashant kishor was inducted into JDU party. Obviously this statement irked Prashant kishor. He retaliated this statement in a tweet, “.@NitishKumar what a fall for you to lie about how and why you made me join JDU!! Poor attempt on your part to try and make my colour same as yours! And if you are telling the truth who would believe that you still have courage not to listen to someone recommended by @AmitShah?”

Will Prashant Kishore be expelled from the party?

As of now the war between Nitish Kumar and Prashant kishor seems to be on the top gear. Whether it will lead to the expulsion of Prashant kishor from the party, or Prashant kishor continues in the party as usual after his deal with Arvind kejriwal and Mamata Banerjee is yet to be known.

We will have to wait and see. 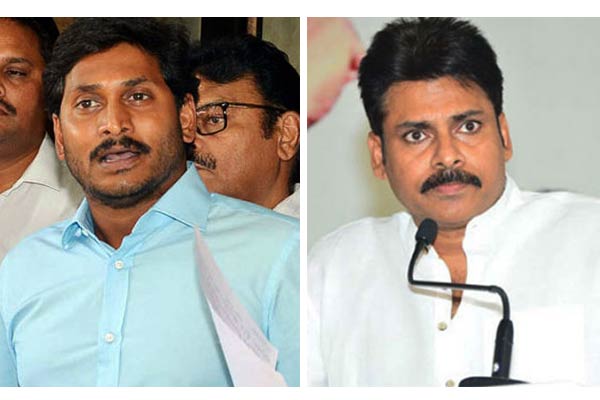 Vijayawada: The early polls indication given by Chief Minister N Chandrababu Naidu has become the talk of the State for the past couple of days. The hint dropped by Chandrababu Naidu had alerted the rivals to get ready for the battle. While Jana Sena chief Pawan Kalyan had welcomed the early polls move, YSR Congress president Jaganmohan Reddy is said to be launching consultations with the experts.

Jana Sena chief had held first round of consultations with elections strategist Steve Jarding at Boston during his recent visit to US. Jarding, a lecturer at the John F Kennedy School of Government at Harward, played key role in the election strategy for Uttar Pradesh Chief Minister Akhilesh Yadav. Though Akhilesh Yadav failed to deliver this time, Jarding did not lose his popularity as he had already hinted at the negative trend that Akhilesh was having this time.

With Chandrababu Naidu’s announcement on early elections, Jana Sena chief had already reacted positively welcoming the decision. He said his party was ready for the elections whenever they come. He had already started recruiting the party leaders as advised by Jarding. He believes that this recruitment would help his party stand strong as the Left parties do with their whole-timers.

Meanwhile, Jaganmohan Reddy, is learned to have started holding consultations with strategist Prashant Kishore on his election strategy. Prashant Kishore is currently the adviser to Bihar Chief Minister Nitish Kumar during the 2015 elections. He also worked for Narendra Modi in the 2014 elections. While Kishore is contemplating on joining the Congress party this time, it is said that Jaganmohan Reddy wants the strategist to help his party in the State.

While the two leaders are getting ready with the renowned political strategists, Machiavellian politician he is, Chandrababu Naidu has his own ways to lead his party to victory. Unlike the other two leaders, Naidu does not require any strategist to face the elections and he is marching ahead on his plans for early polls.