Rayapati’s gamble: Ask for two, get at least one 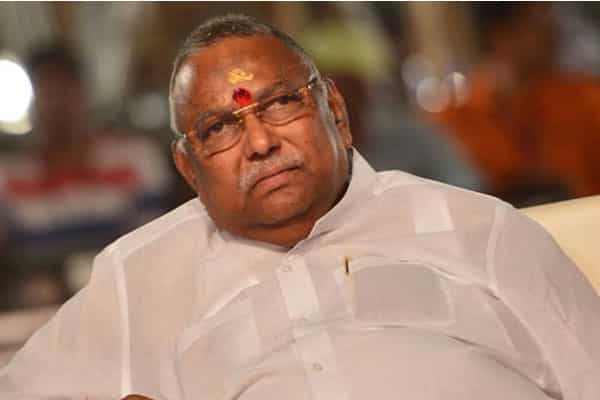 That Rayapati is trying to push the case of his son is too well-known. In the 2019 elections too, he has lobbied hard for Sattenapalli Assembly seat. However, the then speaker Kodela Sivaprasad had put his foot down and contested from the constituency. But this time around, Kodela’s demise has left a vacuum in the constituency. For the past two years, there is no incharge for Sattenapalli assembly constituency. Though Kodela’s son Sivaramakrishna has been demanding that he be made the constituency incharge, the TDP boss is not amenable to the idea. Also, there is strident opposition to Sivaramakrishna’s demand from within the TDP cadre. Taking advantage of this, Rayapati put forth his demand.

But, why is he demanding two seats? Sources say that Rayapati feels that if he demands two seats, he will get at least one seat. The fact is in Guntur district, except the Sattenapalli seat, all other seats have party incharges. So, who will vacate his seat and allow Sailaja to contest. Sources say, Rayapati’s target is to get a party ticket for Rangaraju and not for Sailaja. So let us wait and watch how things take shape in Guntur politics.

The Central Bureau of Investigation has launched raids at the residence and offices of former MP and TDP leader Rayapati Sambasiva Rao today. The raids and searches were begun in connection with the Transtroy case. It is well known the TDP leaders have come under the CBI and the IT scanner for a long time now. Several key documents were stated to have been seized. Rayapati has been facing charges of default from the banks.

Rayapati’s firms have taken Rs. 300 Cr loans from the Indian Bank but have defaulted in repayments. Based on the complaint filed by the bank, the CBI has filed a case and began investigation. Rayapati is among one of the long standing leaders and politicians in the Telugu states.

For a long time, Rayapati Sambasiva Rao was in the Congress party but he shifted his loyalty to the TDP at the time of 2014 AP Reorganisation. The CBI and the IT raids were also conducted on other TDP leaders like CM Ramesh. They later joined the BJP.

Mr. Sambasiva Rao got elected as Narasaraopet MP in 2014 on TDP ticket but he lost the 2019 election. The Transtroy was also involved in the Polavaram project works for sometime.

The Enforcement Directorate (ED) has filed a fresh case against senior TDP leader and Ex MP Rayapati Sambasiva Rao on the charges of large scale illegal money transfers to foreign countries. The Central Bureau of Investigation(CBI) has already filed cases against Rayapati on the issue of transfer of Rs 16 Cr through Transtroy company to Singapore, Malaysia and other countries. This amounted to violation of the Foreign Exchange Management Act (FEMA). The Rayapati family had taken over Rs 8,800 Cr from 15 banks for Transtroy company works. The CBI is suspecting that Rayapati might have transferred nearly Rs. 3,800 Cr to foreign countries illegally.

The Rayapati family has already reacted saying that the CBI has registered false cases against them. Considering politically now, there are no serious differences between TDP and BJP. Moreover, the BJP is no longer actively targetting to win over TDP leaders. But there are rumours that the Modi government is sending strong signals of serious action against economic offences. The top level contractors and leaders are in hit list of CBI and ED for quite some time. The day is not far when the CBI and ED will once again crack their whip on the ruling YCP leaders in AP. It may be recalled how CM Jaganmohan Reddy and his Number 2 Vijayasai Reddy have served 16 months in jail even before their trial in the CBI Rs 43,000 Cr illegal assets cases.

How Kanna rose from ‘Rekula Shed life’ to make thousands of crores? 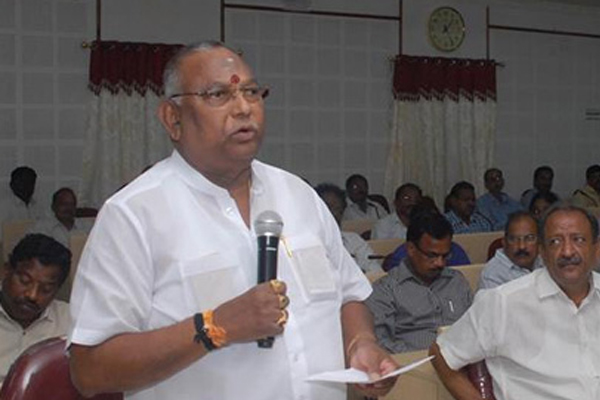 The ongoing ward of words between the Telugu Desam Party and the Bharatiya Jana Party is turning personal with rival leaders making unsparing attacks on each other. Ever since he became President of BJP AP unit, Kanna Lakshminarayana has started criticising every move of TDP chief and AP CM N. Chandrababu Naidu day in and day out. Now, Kanna is saying that the BJP took a hard line against Naidu because of his unchecked corruption in the State.

Taking strong objection, MP Rayapati Sambasiva Rao has said Kanna has no moral right to criticise CBN considering his background when Kanna started his life from a small ‘Rekula Shed’. How could Kanna go on to make thousands of crores which should be explained by him to the people, said Rayapati. He further said that Kanna was known for his corruption during his stint as minister.

Rayapati also attacked Opposition leader YS Jaganmohan Reddy and Jana Senani Pawan Kalyan, saying that they lacked vision and experience to face CBN in Andhra politics. The MP said that both Jagan and Pawan had no public support in Andhra and it is Chandrababu Naidu would be elected again Chief Minister in 2019 elections in the state.

A former Congress leader, Rayapati has asserted that there would be no TDP alliance with Congress party in Andhra elections and the Mahakutami experiment would be limited to Telangana alone.

Naidu vs Rayapati – Whose side is Centre taking on Polavaram? 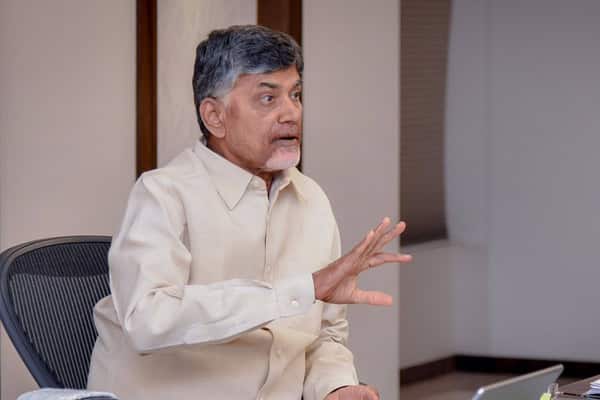 Naidu is keen on changing Transstroy which is owned by TDP MP Rayapati Sambasiva Rao’s family, due to the delay in project works.

Rayapati was Congress MP from Guntur when he was awarded the contract during the tenure of N Kiran Kumar Reddy government in erstwhile Andhra Pradesh.

As per the sources of DC, Rayapati reached out to the Prime Minister’s office accussing the TDP government of failing to revise the cost estimates and Standard Schedule of Rates, considering the cost escalation of materials and machines.

Naidu wanted the agreement to be altered and involve Megha Engineering & Infrastructures Ltd (MEIL) in the project to ensure that they meet the deadline send water into the canal by gravity by March2018.

Consequently, the TDP supremo who had to board flight to Chicago in Delhi, made a quick stop at Nagpur to meet the Union Minister and discuss on the prestigious project.

Guntur: Narasaraopet MP Rayapati Sambasiva Rao, dashed off a letter to Chief Minister N Chandrababu Naidu, offering to quit the Parliament if that was coming in the way of his appointment as the next chairman of the Tirumala Tirupati Devasthanams (TTD). The term of the present board headed by Chadalavada Krishna Murthy expired on April 30, giving a chance to the government to constitute the Board afresh.

Rayapati, who had been unsuccessfully trying for the TTD chairman post for more than two decades, had finally decided to try his luck this time. He lobbied hard during the Congress regime in the past, particularly between 2004 and 2014 but could not make it. Having switched over to the Telugu Desam Party (TDP) during the 2014 elections and had won from Narasaraopet Lok Sabha Constituency, Rayapati, the strong man of Guntur politics, is mounting pressure on the Chief Minister for the prime slot. He is locked in a tough competition with Rajamahendravaram MP M Murali Mohan this time. Murali Mohan is a known associate of Chandrababu Naidu and is a leading investor in the real estate sector, besides a senior actor and producer in the Tollywood. It is to be seen how Rayapati would make it to the Board at least now as, according to him, this is the last chance for him to try.

The State government had appointed senior IAS officer Anil Kumar Singhal as the executive officer of the TTD in the place of D Sambasiva Rao. Singhal is the first non-Telugu bureaucrat to be made the TTD chief. Having changed the bureaucratic placement in the TTD, the task before the Chief Minister is now to constitute the TTD Board. Sources said that Chandrababu Naidu is in favour of continuing the membership of Tollywood director K Raghavendra Rao and Infosys founder Sudha for another term. He is said to be thinking of filling the Board this time with the leaders from the Rayalaseema region as that would help the TDP in the next elections.