Arya and Sayyesha blessed with a baby girl 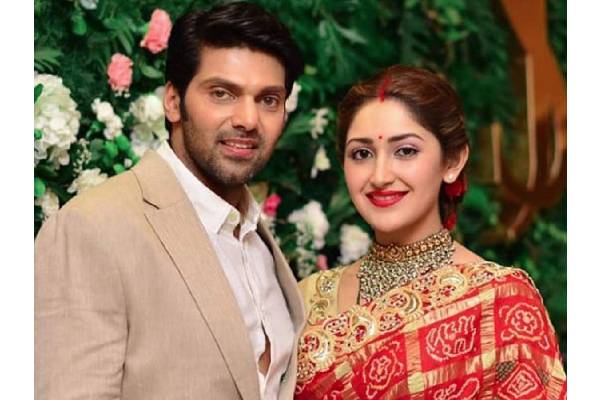 It would be a double delight for Tamil actor Arya. The actor’s recent offering Sarpatta has been winning the hearts of the audience. The efforts and hard work of Arya are lauded widely. The biggest news says that Arya and Sayyesha are blessed with a baby girl. Arya fell in love with actress Sayyesha and the duo tied the knot in 2019. Arya’s close friend Vishal broke the news about the arrival of a new family member into Arya’s family. The young couple is now extremely delighted. Arya will be next seen in Vishal’s Enemy. The shooting portions are complete and the film releases soon. 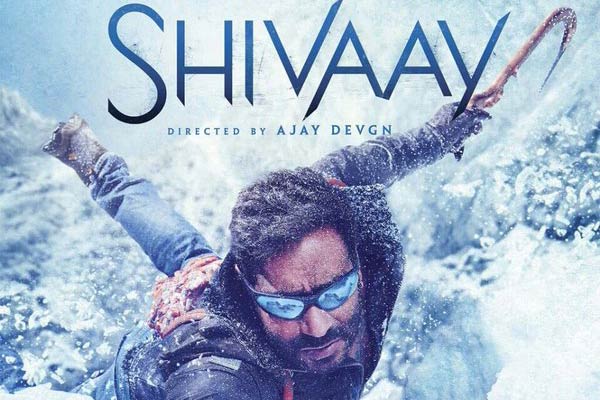 I held my breath wondering what he will show her. Relax. It’s just the tattoos which make our hero so loftily heroic. Just to drive in the hero’s anointed status, we have the noisy background score where star-stuck choruses chant in unison about Shiva, the Destroyer, blah blah.

“Shivaay” is so steeped in self-importance, so awed by its own intended grandeur, it seems the makers forget there is a story to tell. Story, there is to tell. But the plot is propelled forward in stuttering staccato waves of melodrama and action. It’s like Shekhar Kapur desperately tries to shake hands with Rohit Shetty. But they just can’t seem to find a meeting-ground. Not in this Ajay Devgn-directed lopsided melange of mayhem and melodrama.

At one point in this tedious homage to mountain climbing and cross-cultural copulation, debutante Sayyeshaa (she could do better, I’m sure) tells us that she wanted to help Ajay because “superheroes comic books ke baahar nahin milte”.

Precisely the problem in “Shivaay”. It wants to make Ajay a larger-than-life superhero, the kind that may look appealing in a comic book but appears amply askew in a real-life situation.

And I use “real life” with much reservation.

“Shivaay” is as real as “300” or “Baahubali”, minus the comfort of escape into fantasy. Devgn plays a whole lot of super-heroic roles all in the course of one film.

He is a mountain climber (a la Sylvester Stallone in the disastrous “Cliffhanger”), and an unabashed explorer of uncharted territory. That includes a Bulgarian woman Olga (Erika Kaar, listless and clueless). The two are soon shown getting intimate and passionate, while the censor board looks the other way. This is after all, Ajay’s first stab at on screen passion, and we all must step back reverentially for the grand occasion.

The fruits of the passionate liaison is a little girl Gaura (Abigail Eames), who alas is vocally impaired. Gaura, I suspect, has been written as a mute character to accommodate the young foreigner actress’ inability to converse in Hindi. I really can’t be blamed for being paranoid about the scriptural contrivances. “Shivaay” is cluttered with them.

The plot moves from trying to be a “Masoom” in reverse (illicit liaison and the complications that ensue when the child gets insistently precocious) to being a clamorous wannabe cluttered and confused adaptation of Pierre Morrel’s “Taken” where Liam Neeson rescued his teenaged daughter from flesh traders.

Some such catastrophic eventuality crops up in the narrative, like an uninvited viral fever, when our superhero Shivaay’s half-Bulgarian speechless daughter insists on meeting her mother who has by then, upped and lefte.

Recently, we saw the calamitous incidents that awaited the father and daughter when they took off to meet the girl’s mother in the Korean film “Train To Busan”. But in oiling his triple tattoos, catering to his demanding daughter and saving the world, I doubt Shivaay has time to watch Korean films.

He does seem to have watched “Taken” closely. The action scenes are shot with the uni-focused singularity of a screen hero who wants to give the audience enough thrills to forget the Hollywood super-hero films.

Alas, it’s a losing battle. “Shivaay” is a cumbersome over-blown action drama. While the stunts are quite engaging at times, the drama is unbearable and unintentionally funny. It is hard to even bear with the characters, let alone devote nearly three hours of time to them. The performances are partially to blame.

Ajay’s strong-and-silent act had been done to death. Mercifully, he doesn’t try comedy here as he did in “Action Jackson”. Sad to see talented actors like Vir Das and Saurabh Shukla wasted in sketchily written parts.

Aseem Bajaj’s cinematography captures the bleak foreboding mood of the plot much better than any of the actors. “Shivaay” is not the light, fun, crackerjack Diwali film you’d like to sit through this festive season. It is laden with an overbearing darkness which eclipses all of the film’s efforts to pull us into its embrace. The proceedings get so edgy that they finally topple over.